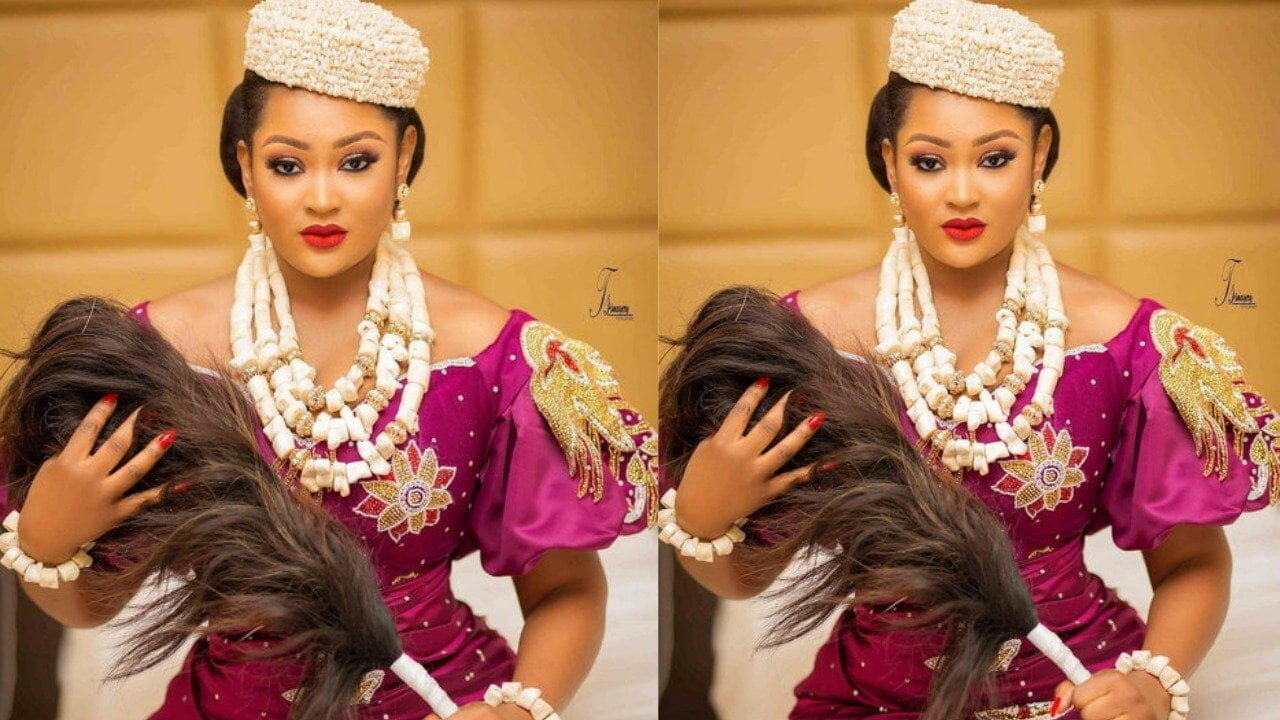 Nollywood actress Uche Elendu has taken to social media to share her experience on a flight from Lagos to Asaba, which crashlanded in a remote area.

Uche Elendu expressed appreciation to God for sparing her life, stating that her covenant with God is strong.

While blasting the airline for not being remorseful over the incident, Uche Elendu recounts how one of the crew members spoke negatively about the plane crashlanding.

In her words: My flight Arik air Lagos to Asaba just crashlanded in a remote area, we were 10 mins to Asaba but the gear failed the pilot had to reverse to Lagos…Im on a 20 minutes bus ride to the terminal now. Not a word of Apology from the crew. My God is a great God!! what God cannot do does not exist!! Thank God for me ooo

What God cannot do does not Exist!!!! My convenant with God is strong and He never lies!! Thank you Jesus!!

Arik @flyarikair God punish you and your ill mannered crew with demonic tongues. The male air host told me at the begining of the flight that i should put my box under the chair, that it will save me incase of a crash, i said stop talking negatively, we will not crash in Jesus name!!! only Jesus can save me!!! He said theres nothing like Jesus keep fooling yourself and i said to him, Only a FOOL says theres no God. They freaking knew the aircraft was faulty!! Damn!!!!! Bring out my luggage let me go catch another flight. Lousy Bunc

The light-skinned role interpreter in a recent interview said: ”I don’t know why people don’t understand that women are now independent. Several times, false judgment has been made against me in that regard. Women work hard to make a name for themselves and they do not want to be swept under the carpet.

Personally, I work so hard to be financially comfortable. But, despite my hard work, if I buy a car or a house, some people would still say, ‘Who is the man bankrolling her’? That is gender inequality and people do not understand that everybody is not the same. I remember that last year (October 2020 in the aftermath of the #EndSARS protests) when I lost goods in my store, some persons were saying I stop crying because the alleged politician that bought it for me would stock my shop again, she stated in a recent interview.