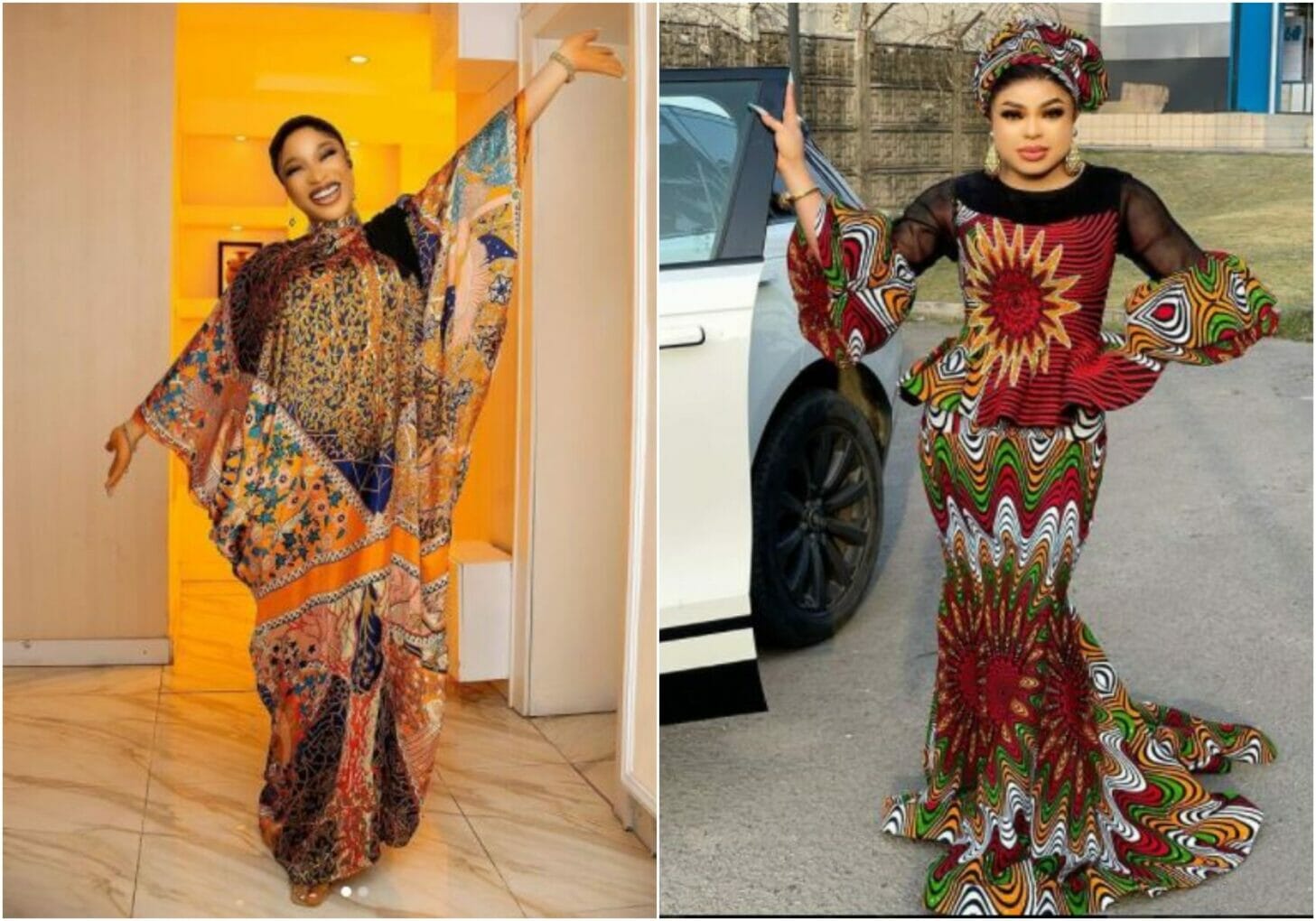 ‘Instead of coming out to rant with you openly, I will deal with you lowkey’ Bobrisky throws shade at Tonto Dikeh

This is coming a few days after Tonto Dikeh promised never to revisit her beef with Bobrisky, noting she would not confront anything that won’t pay her bills in 2022.

In her words: This is how happy I am gonno be through out 2022, if you hear anything about me!! Please believe it cause I would have more time having fun and raising a dynamic KING than confronting things that don’t and can’t pay my bills.

2022 is a fresh start for me, I wld not tolerate no nuisances but would be calm as still waters, rough as great tidings, love like no other,patient like a dove and angry when pushed like a hungry eagle stepped on!!! Above all am working on no one reaching my limits

I’ll match negative energies with success and strive to be the best I can be with zero competition with my fellow!! 2022 we fixing the crown.

In what may seem like a response, Bobrisky took to his Instagram page a few hours ago to state that his attention is costly and would not be giving anyone his attention this year.

Bobrisky promised that instead of ranting openly with anyone, he would rather deal with the person on a low key.

He wrote: My attention dis year is very expensive, never going to give no one my attention this year, Read this over and over. It’s a promise, instead of coming out to rant with you openly !!! I will deal you lowkey. Baby girl just wanna be happy dis year.

Kemi Filani News recalls many Nigerians mocked Bobrisky, after he was reportedly chased out of Edo State over the weekend.

Bobrisky had stormed Benin, the Edo State capital, alongside famous socialite Ehi Ogbebor for an event on Friday, 7th January 2022.

While he was being driven in convoy, he made a video showing his excitement and made a joke about the Oba of Benin wanting to marry him.

However, in a video that surfaced online, an anonymous male voice was heard saying the people of Edo State have no connection with Bobrisky.

He added that on no account must Bobrisky be allowed in the state for making a joke about their Oba, adding they had sent Bob out of the state.

The anonymous voice said: We don’t have any connection with Bobrisky. On no account will he be here, he has already been sent out of the state, He took the 12 pm flight to Lagos.

Jeannie Mai, 42, and husband Jeezy, 44, welcome their first child together

Simon Cowell engaged to Lauren Silverman after dating for 13 years