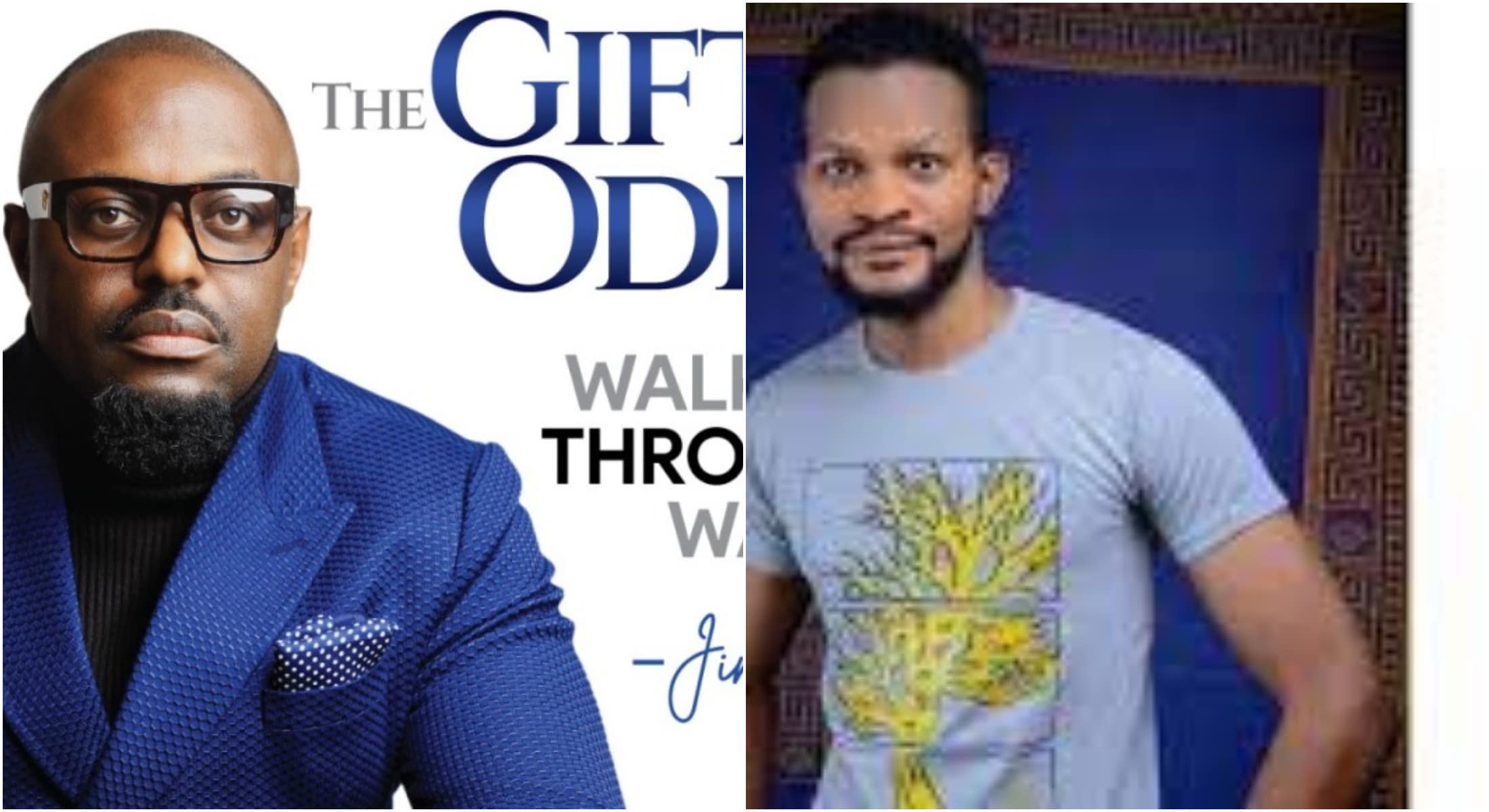 Star actor, Jim Iyke is the newest author in Nollywood.This is coming days after he revealed that the viral video of him beating his colleague Uche Maduagwu was staged.

According to the actor, he paid Uche after they had reached an agreement. He added that the fight was a strategy used in promoting his film Bad Comments.

His authorial debut is titled Walking Through Walls. It’s the first volume in his new book series, “The Gift in the Odds”. Jim shared the exciting news with his followers recently on his Instagram page.

Kemi Filani News recalls that Iyke had said that not conducting himself well in the past, earned him a bad reputation.

“One cannot make a difference in anything in life if one is not open to criticism. At first, don’t forget we were not schooled about what to expect as regards being famous and handling fame. We did not understand what it meant. We did a little bit too much that earned us bad reputation. I could not conduct myself with the best decorum in those days. As one gets older, one understands oneself, one’s pattern, the people around one and the responsibility that has been entrusted unto one. It is no small gift to influence people. One owes the world a certain responsibility whether one likes it or not. We refused our responsibility along the way but once one embraces it, things would become easy. That is what I do these days. It is about my businesses, family and mental health.”

Jeannie Mai, 42, and husband Jeezy, 44, welcome their first child together