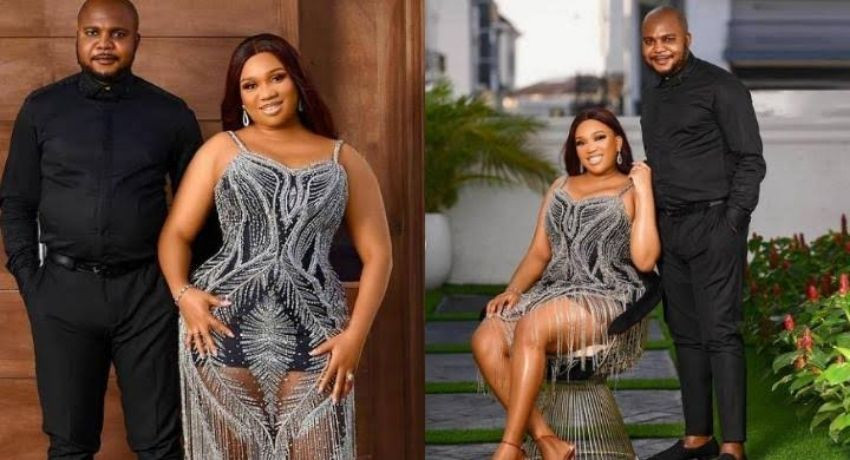 Kindly pardon my outburst on Sunday here on Instagram. All will be well

Steve Thompson, the husband of businesswoman and mother of Ubi Franklin’s daughter Ariella, Sandra Iheuwa, has apologized for his outburst on social media last Sunday.

Recall that Thompson had taken to social media to announce that his four-month-old marriage to Sandra had packed up. Steve in his outburst said he wasted 45 million Naira to marry Sandra only to discover that she “married for social media, not for the home.” He alleged that Sandra fights everyone, including his family members, and constantly reminds him that she’s an American and that he married her to get “Green card”. He said his marriage can no longer work because of Sandra’s “too much use of social media.” Read here.

Today, Steve took to his IG page to apologize for his outburst. He stated that all will be well and that a lot will be worked on.

”Kindly pardon my outburst on Sunday here on Instagram, some bloggers were writing nonsense about my person ,

Alot will be worked on , being a better person is the best thing that can happen to anyone, all will be well ,

I came to Paris to get some air this morning, decided to visit the beautiful Monaco this evening

Be positive about life ,thats the only way forward.

Do not comment wrongly on this my page, I will block”

He however did not disclose if his matrimonial issues had been settled, although, Sandra recently reverted to his surname on her Instagram bio and shared photos of herself rocking her wedding ring.