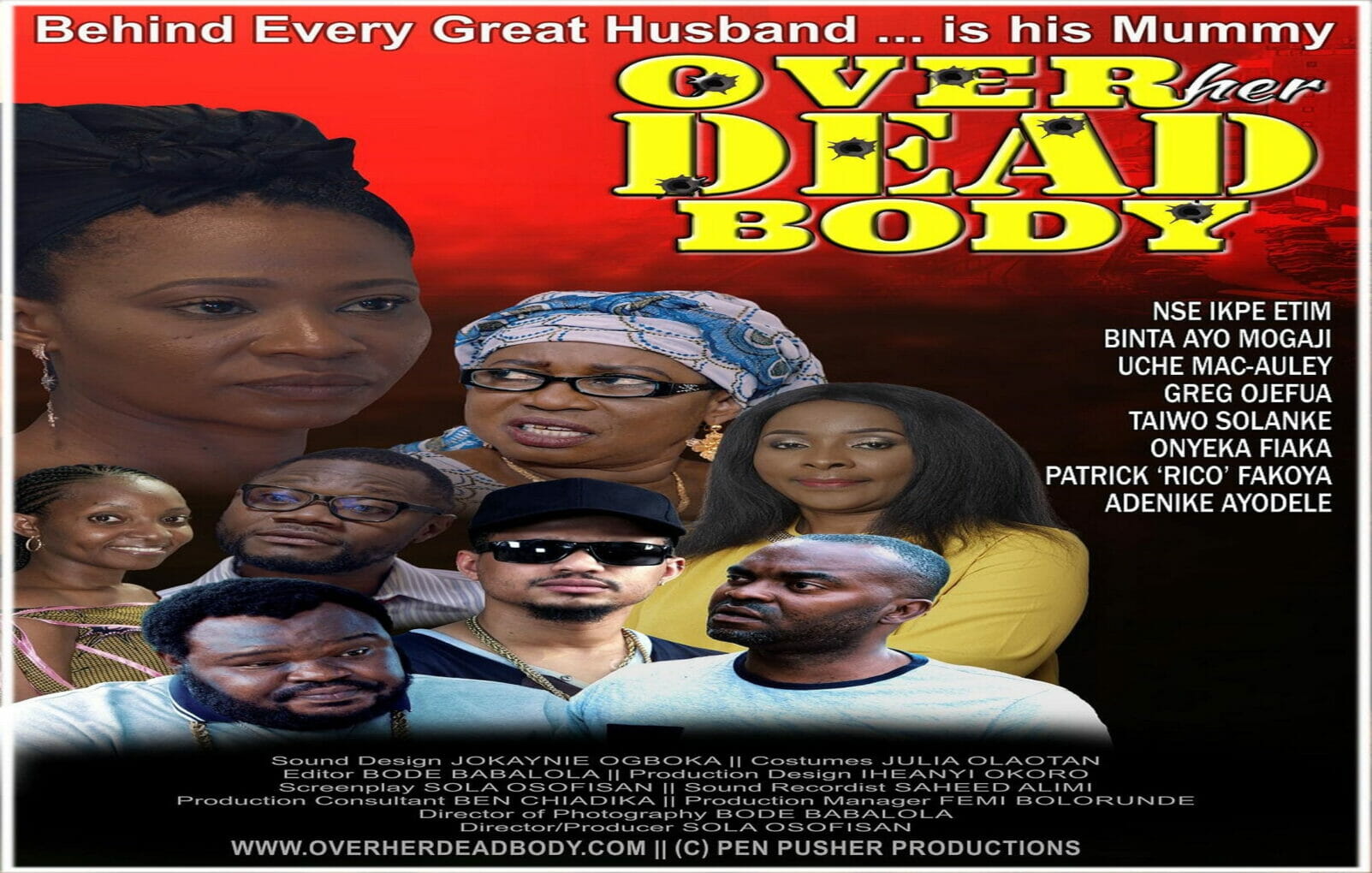 Movie Review: Why ‘Over her dead body’ is not worthy of the cinema

For some people, when they see actors like Nse Ikpe Etim in a movie, they can tell how interesting the film will be. So now, let’s see if Nollywood movie, Over Her Dead Body is as interesting as people predicted.

Over Her Dead Body is the story of a young woman, Zara, whose mother in law hated for her inability to have a child for her son.

She brings a wife to the house for her son, but it didn’t work despite all effort to get her son to sleep with the new wife.

One day, Zara’s husband tried seeking her opinion on him getting a second wife, and she said he could only get a second wife over her dead body. On another occasion, she pretended to be dying just to convince Zara to either take a second wife or divorce her son. She still refused, saying she could only allow that Over Her Dead Body.

Upon saying that, the mother-in-law collided with a hired assassin to kill Zara, just for her son to have a second wife. Did Zara die? Did her plan work? Well, you will have to find out by yourself.

The storyline in Over Her Dead body is weak, and all it pictured was a lazy writer who just wanted to put out something. There wasn’t a lot of effort put into creating the story, and it was evident in the story’s loose ends. The film’s ending particularly showed how uninterested the writer was in putting out a professionally written story.

In its defence, the film is a comedy, but because it doesn’t particularly pass as a feel-good movie, a more structured story would have been appreciated. Nevertheless, over Her Dead Body has interesting engaging dialogue and that at least saved the film.

The actors carried the film, and if not for the excellent acting, many people would have probably walked out of the cinema before the end of the movie. The acting was so good that; it is easy to forget the story’s weakness.

It is interesting even to see that the movie wasn’t star-studded, yet the actors could carry the story without boring the audience. A big kudos

The directing is as weak as the movie’s plot, but then considering the same writer directed the movie; one cannot expect too much.

One cannot overlook some flaws in the film, like when Zara angrily left her house in the night and suddenly, a stranger comes and gives her a phone to call her friend. Where did the stranger come from? How was she able to convince him to release his phone.

Also, in a home where the mother in law barges in at will, the wife never thought of locking the room? It didn’t feel real.

Beyond these, the colour production, costume, and makeup weren’t bad. In terms of rating, Over Her Dead Body would get a 5/10.