A young Nigerian lady was utterly dumbfounded after her romantic boyfriend proposed to her with a brand new Mercedes Benz.

A Video from the grand proposal which found it’s way to the internet captured the moment the lady walked into a compound and met her man on his knee. 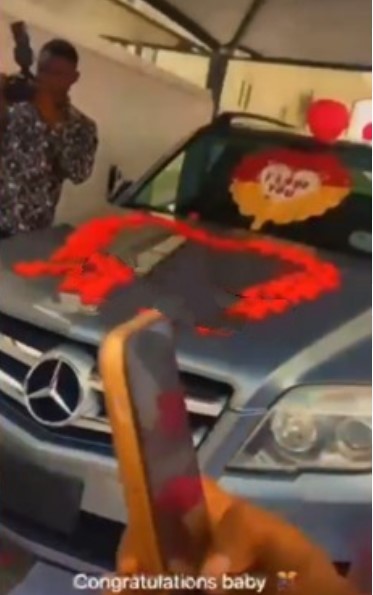 On seeing his lover the young man immediately popped the question and he got a resounding “yes”.

Immediately after he put the ring on her finger, he unveiled the brand new Mercedes Benz he had gotten for her as a proposal gift.

Watch video of the proposal below,

Reacting to the video an Instagram user wrote, “Omo na benzo Dem use propose. Dem no go hire mopol to come arrest the guy for public to test the girl love..😁. Congratulations to the couple”.