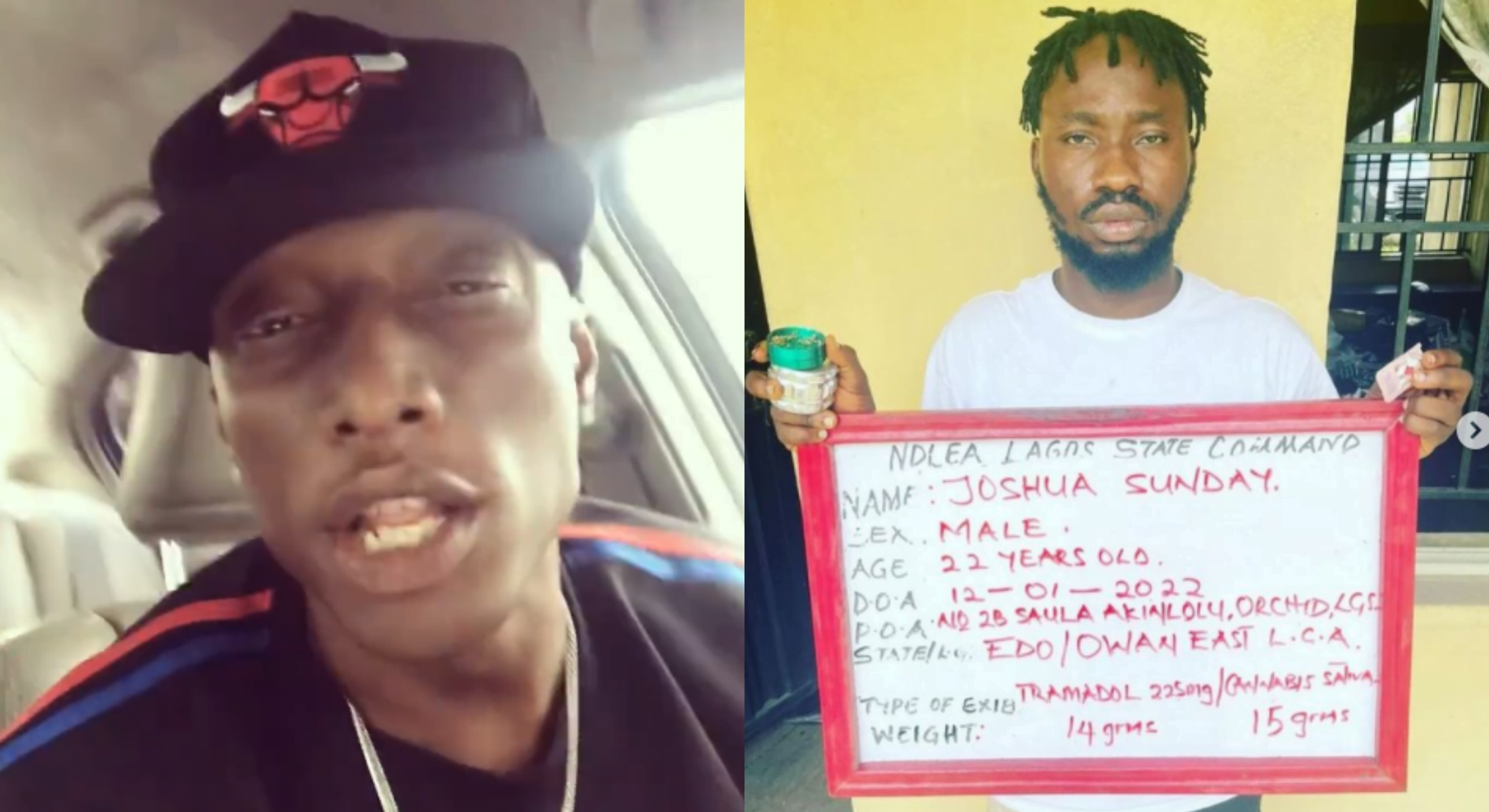 Popular Nigerian rapper, N6 is being dragged by Nigerians over his not so good comment about Instagram comedian, De General’s arrest by EFCC.

The comedian was arrested over drug-related issues in the early hours of Wednesday, January 12, according to NDLEA spokesman Femi Babafemi.

According to Babafemi, narcotics officers stormed a drug joint at Orchid Estate, Lekki, Lagos state, based on solid intelligence, where three suspects were caught with illicit substances including 200 sachets of 225mg Tramadol and 1.5 kg of cannabis sativa.

During the operation, some people, including the suspected dealer, allegedly fled with bags allegedly containing exhibits. They allegedly ran into the comedian’s home, according to a trail.
The comedian was reportedly said to have admitted to being the owner of drugs found in his home.

Acting on credible intelligence, narcotic officers stormed the drug joint in the estate, where three suspects were arrested with illicit drugs including 200 sachets of 225mg Tramadol and 1.5kilograms of cannabis sativa. In the course of the operation, some persons including the suspected dealer ran away with bags suspected to contain exhibits.

A trail showed they ran into a house located at 2B Saula Akinlolu way, Orchid estate, which is the residence of 22-year-old Sunday Joshua (aka De General). The young men started to make noise to prevent a search. The operatives introduced themselves as officers of NDLEA and submitted themselves for search before entry. This was done and a search was conducted.

The search led to the recovery of drug exhibits including cannabis sativa; Tramadol 225mg, and some paraphernalia for drug use. This was after the suspect had requested to record on video the search, which the officers out of sense of civility allowed. The video trending on social media was the moment the suspect and his friends decided to disrupt the bid to conduct a search of the house.

However, rapper and OAP, N6, took to Instagram to write, “Skit maker by day, drug dealer by night. Now that’s some gangster shit”, an obvious swipe on De General.

While some called him bitter, other dragged him for his shady comment.

See some reactions below:

Bandits are being released without charges

Kindly pardon my outburst on Sunday here on Instagram. All will be well