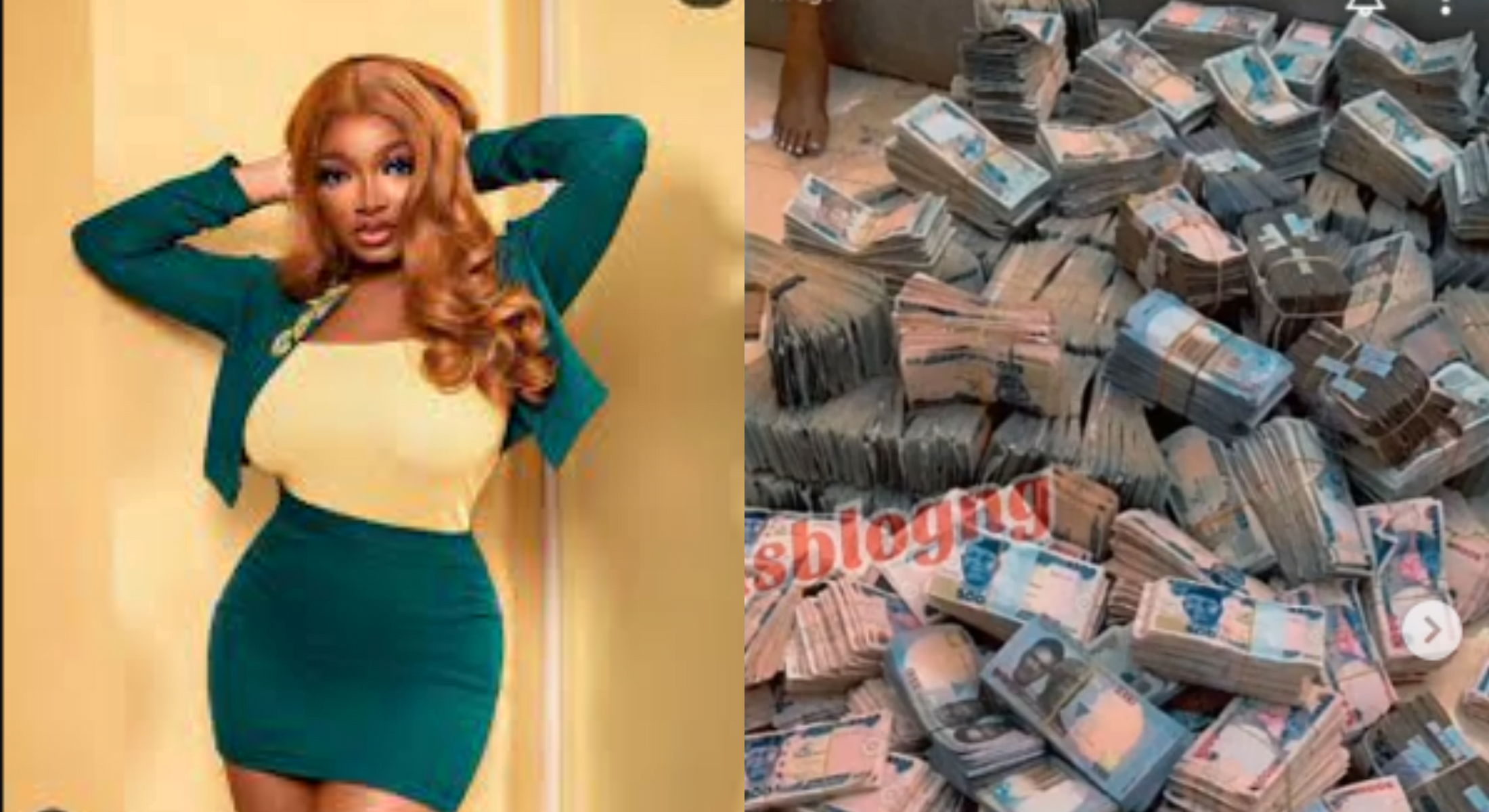 Popular Nigerian social media influencer, Abike Papaya, better known as Papaya Ex, has taken to her verified Instagram page to flaunt the bags of cash she got from her birthday party.

Papaya Ex made headlines on blogs after she shared stunning photos of herself.

People normally flaunt the money they received on their birthdays after having a good day with friends and loved ones who were present to rejoice and support them, but none of them received as much money as Papaya did on hers.

Papaya’s birthday was a few days ago, and she celebrated it in style by inviting a slew of influencers and celebrities to spray her with a large sum of money as a birthday gift and to express their love and affection for her.

Despite the fact that she did not reveal the amount she received after totaling everything, practically everyone who views it would love to be in her position right now, to be able to have such a large sum of money for just one night at their birthday party.

According to Kemi Filani News, James Brown shattered the internet when he released videos of himself storming a party.

James also claimed that he spent 5 million naira on his attire on his Instagram page.

James wore a red “Princess” gown and was joined by two capable guys dressed as traditionalists.

A video showing James storming out of the party in rage surfaced. Despite receiving an invitation from the celebrant, James Brown was previously denied access into the party premises by the bouncer.

He angrily stormed out of the event, but was called back by the celebrant.