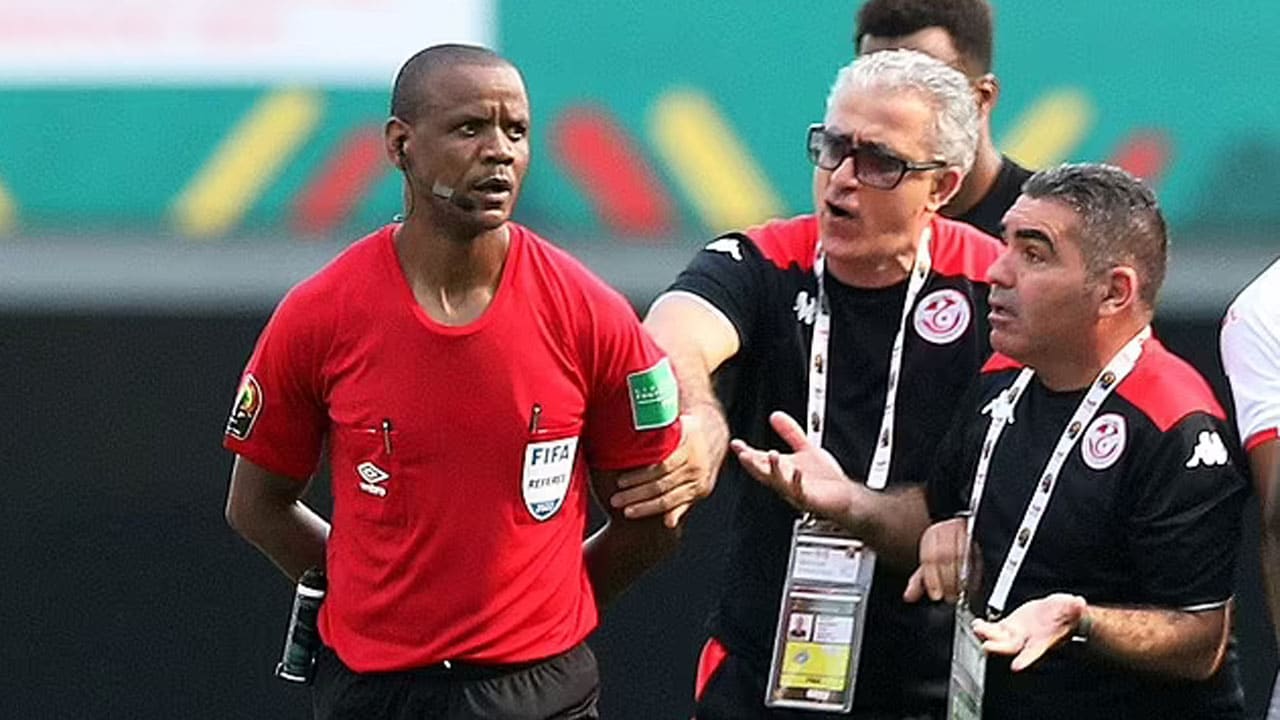 There was drama in the 2021 Africa Cup of Nations on Wednesday, as referee Janny Sikazwe ended the Mali vs Tunisia match twice before full time.

Mali won the game 1-0, after Ibrahima Kone netted a penalty in the second half.

Tunisia also missed a spot kick of their own in the Group F game.

Sikazwe, who officiated at the 2018 World Cup in Russia, initially blew for the final whistle on 85 minutes as he got his timekeeping all wrong.

But after playing on, he repeated the error when he blew for full-time once more before the clock had ticked over to the 90 minutes.

Tunisia were furious and officials stormed on to the pitch in protest, but the man of the match trophy was handed out and the postmatch news conferences in full swing before Confederation of African Football (CAF) officials decided the remaining minutes should be played.

Mali came out onto the pitch again 40 minutes after the controversy began, but Tunisia refused to play on and Sikazwe ended the game for a third time.

“The players were taking ice baths for 35 minutes before they were called back out again,” Tunisia coach Mondher Kebaier told reporters.

“I’ve been coaching for a long time never seen anything like it. Even the fourth official was preparing to lift the board [to show how many minutes of injury-time] and then the whistle was blown.”

The match was also a tale of two penalties as Mali forward Ibrahima Kone converted his attempt after a handball, but Tunisia’s Wahbi Khazri could not follow suit as his effort was saved by goalkeeper Ibrahim Mounkoro 13 minutes from time.

After a dull first-half, Mali made a bright start to the second and after only a minute were awarded a penalty when Boubacar Kiki Kouyate’s shot struck the hand of Ellyes Skhiri as the Tunisia midfielder turned his back on the ball.

Kone stepped up to convert the penalty and give the his side the lead.

Tunisia earned a penalty after 77 minutes as Moussa Djenepo handled the ball and after consulting VAR, Sikazwe awarded the spot-kick.

But Khazri’s fierce shot was beaten away by Mounkoro with an excellent save.

Mali finished the game with 10 players after a harsh red card for El Bilal Toure when he challenged for the ball with Dylan Bronn and was fractionally late.