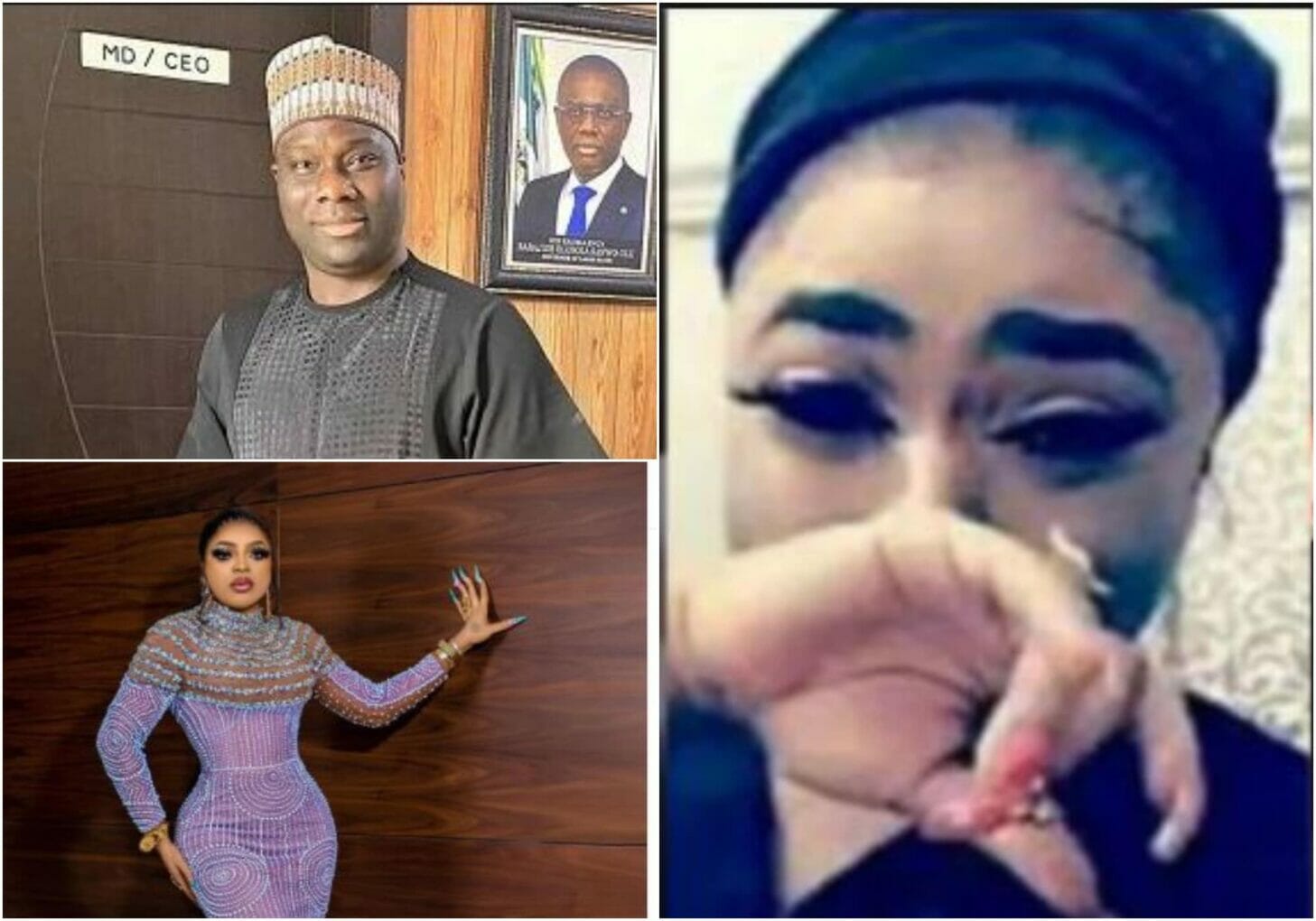 Nigerians have taken to social media to hail popular controversial cross dresser, Bobrisky for visiting his friend, Mompha in cell.

Kemi Filani News had earlier reported that Mompha was arrested by the EFCC when he landed Nigeria after online messy fight with the cross dresser.

Mompha and his company, Global Investment Limited, were charged with conspiring to launder cash obtained via illegal activities, keeping such funds, and transferring funds to a suspect named Jimoh Olayinka Dolapo a.k.a. Nappy Boy.

Bobrisky wrote on his Instagram page that his friendship with Mompha will last until death since it is the purest.

Many people had tried to break Bobrisky’s friendship with Mompha because they didn’t understand it, according to Bobrisky.

Bobrisky said he values friendship more than his life, adding that Mompha is fine and will address his fans soon.

In his words: I’m that friend that stand till death cos my friendship with you is d purest !!!!! I know wherever you are right now you are fine. Have always know you as a strong man not d weak.

Many people try everything to break us cos they don’t understand d friendship, well it’s their business and their opinion. Just imagine reading some comments on blogs saying bobrisky will be somewhere laughing and dancing after d news of ur re arrest broke out.

You all know don’t know me lol. I value friendship more than my life. I’m here to tell you all that mompha is fine. He will address you all soon. Have a great day.

Nigerians took to social media to hail him for being a loyal person despite the cruise online.

See some reactions below:

MrPresidennnt commented, “Make we forget cruise Bob is actually a loyal friend to the core until her head touch then she go change am for you”
Ladyque commented, “A friend that exposes you when you argue isn’t a good friend. Bob rest”

One Precious commented, “Did I just read u value friendship more than your life??? She’s really a very good man. Justice for papa Barbie friendship.”

Official_samvail commented, “This girl Abi boy … Him go reply you from where him dey now say him no send you work. #cloutinator“