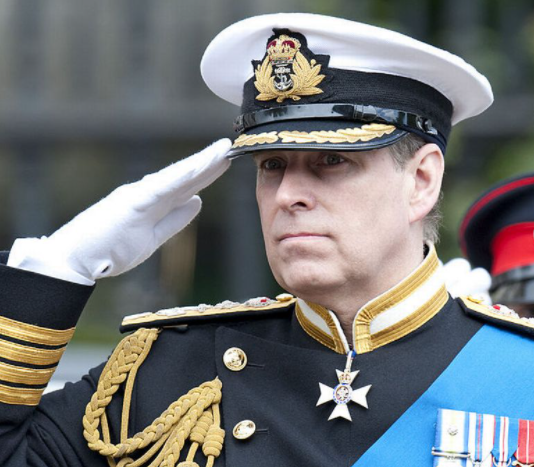 The British Royal Family has said that Prince Andrew has been stripped of all his military titles and royal patronages by the Queen and will never return to official duties.

This comes after a judge decided he would have to face a civil trial on sex abuse allegations.

Virginia Giuffre claims Prince Andrew’s friend Jeffrey Epstein forced her to have sex with the royal on three occasions when she was 17.

The Duke of York vehemently denies the allegations.

A Buckingham Palace spokesperson said: “With The Queen’s approval and agreement, The Duke of York’s military affiliations and Royal patronages have been returned to The Queen.

“The Duke of York will continue not to undertake any public duties and is defending this case as a private citizen.”

A royal source said: “All of The Duke’s roles have been handed back to The Queen with immediate effect for redistribution to other Members of the Royal Family – will not return to The Duke of York.

“The Duke of York will no longer use the style ‘His Royal Highness’ in any official capacity.”

It comes after a US judge ruled on Wednesday, Jan. 12, that the case against Prince Andrew could proceed despite his attempts to have the civil case thrown out before trial.

Facing a potentially damaging and costly court trial, the Queen’s second son must decide whether to fight the case, settle, or become a debt fugitive.

If Prince Andrew wishes to settle, he must first ensure he has the finances to do so on top of his spiralling legal bills.

The Mirror revealed the Queen “would not assist” in any further financial settlement to Ms Giuffre over the sex allegations.

A source said Andrew is meeting all the costs himself and if there was the potential to settle, “it is in no doubt that the Queen would not assist him in doing so.”

The Duke, who lives at the Queen’s Royal Lodge in Berkshire, is currently in the process of selling his £17 million Swiss chalet.