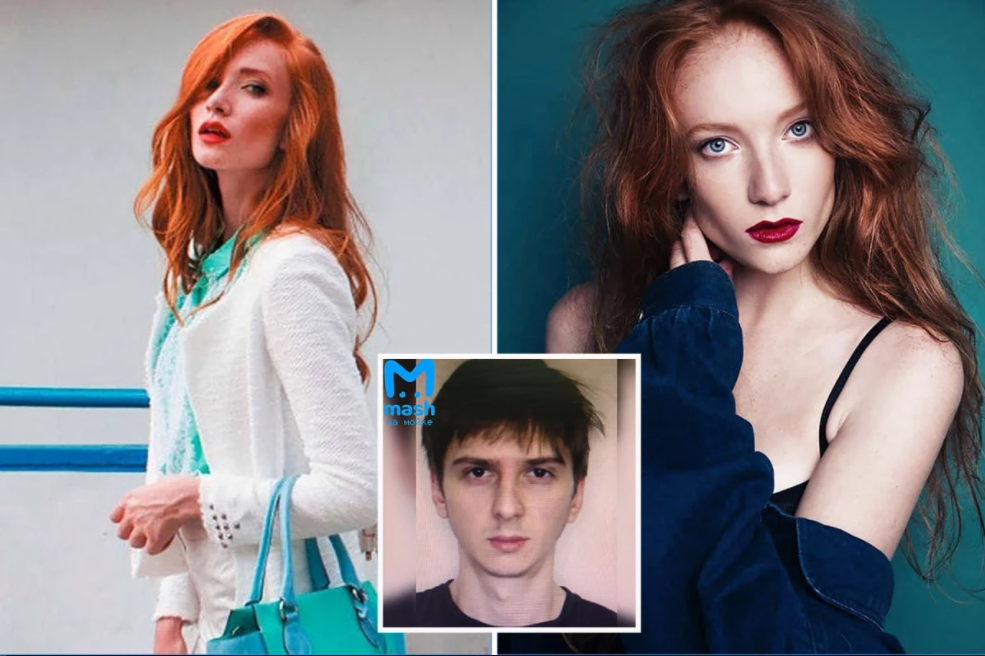 A Russian Vogue model has admitted she killed her husband by stabbing him to death after he ‘taunted her by bringing another woman home when she had refused to have sex with him’.

Lilia Sudakova, 27, now faces up to 15 years behind bars after prosecutors in Russia upgraded the charges against her from grievous bodily harm to murder.

Speaking to Redakciya for a program titled ‘Why Women Kill’, Sudakova claimed Sergey Popov, 28, tried to attack her after bringing the other woman home, leading to her stabbing him in self defence on November 28, 2020.

The model repeatedly insisted she was a victim of domestic abuse and acted in self defence following her arrest at the end of 2020.

Sudakova, who has been kept under house arrest in pre-trial detention, said her husband was ‘dead drunk’ when he came home from a bar with the other woman ‘just to show me that he can find someone else’.

‘He wanted what I refused to do the night before… he wanted sex,’ she said.

The model claimed Popov became aggressive when she offered to cook for the other woman but refused to make food for him.

Sudakova, who said she was chopping a tomato with a kitchen knife at the time, claimed Popov ‘attacked’ her before their friend who was visiting them in the St Petersburg flat ‘pulled him away’.

Popov allegedly lunged at her again and, as she ‘tried to push him away’ she inadvertently stabbed him in the chest.

‘I saw blood, saw a knife in my hand,’ she said. ‘And I was scared that he would take this knife and just chop me to death.

‘Then I called an ambulance, tried to bring him to senses, and gave him water. He said: “It’s not painful”, and added: “Forgive me”.’

Prosecutors claim Sudakova deliberately stabbed her husband and intended to kill him.

He had ‘put the palm of his right hand on her right shoulder in order to calm her and resolve the conflict’ but she ‘deliberately and purposefully’ faced him and ‘stabbed him at least once in the chest’, said the new murder charge at Dzerzhinsky district court, St Petersburg, where her trial into is due to start this month.

The model initially told investigators she stabbed her husband of four years from ‘jealousy’ after he brought home a woman he met at a bar, say reports citing law enforcement.

Her mother Irena has claimed the catwalk star was a longtime victim of domestic abuse, and that she had acted in self defence when stabbing Popov 13 months ago.

He had grabbed her hair and kicked her legs, she said, citing a witness in the flat.

‘At that moment, she waved him away and accidentally stuck a knife into him.’

It was an ‘irresistible impulse’, she said, adding: ‘Lilia is a victim, it was self defence. This was such a sick love. It all happened by accident.’

The model’s friend, stylist Karolina Pavlovskaya, also said Lilia had been a victim of abuse. ‘She was a broken-down girl with a beautiful appearance, but emptiness inside,’ she said.

The couple were in a holiday flat in St Petersburg when he was killed.

Sudakova has appeared on the cover of Russian Vogue and in magazines in Italy, China and Japan, and was the face of a Moscow clothes brand.

‘When I showed Alakada Reloaded in UK, I didn’t have a sold-out show’ Actress Toyin Abraham opens up on her failure