The video of a street hawker giving money to some prisoners who were inside a correctional service vehicle in the Ajah area of Lagos has warmed hearts online.

The vehicle was apparently transporting some prisoners and got held up in traffic briefly, at this moment, the hawker who sells water, then approached the vehicle and could be seen giving handouts to random prisoners.

A motorist who noticed the gesture captured the moment on camera and shared it online. After seeing and moved by the video, a few people have asked for the whereabouts of the hawker wishing to help him. 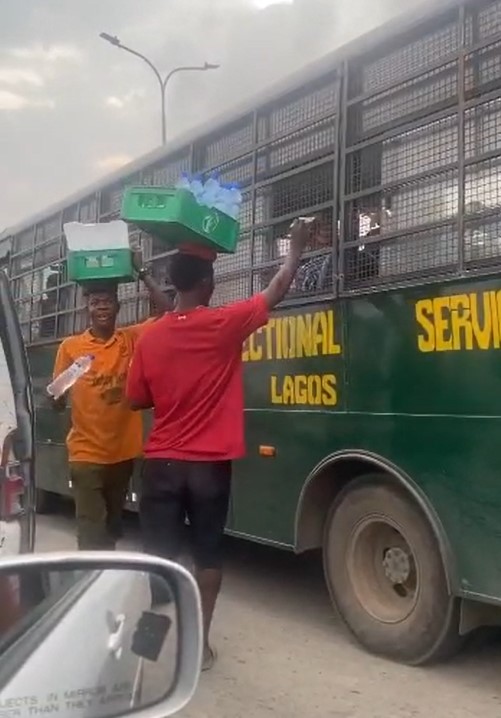