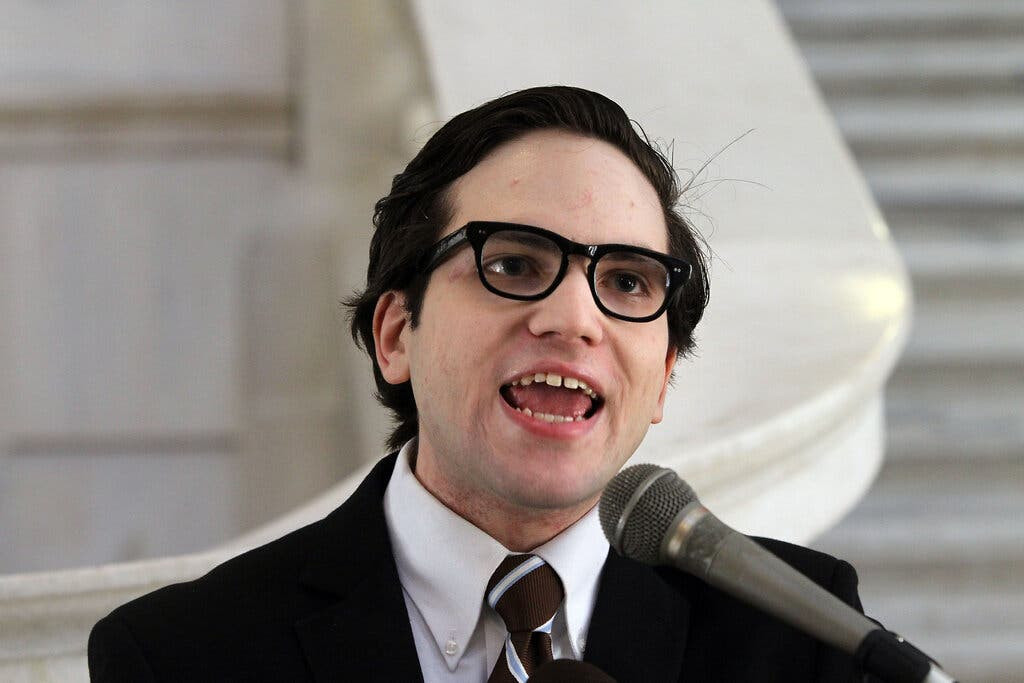 Man who faked his death to avoid sex attack and fraud charges, arrested after catching COVID-19

34-year-old Nicholas Alahverdian who faked his own death to escape charges after his DNA linked him to a sex attack and fraud in two states, has been arrested after being admitted in a hospital in Scotland while suffering from COVID-19.

An entry on an obituary website had claimed that the former Rhode Island child welfare activist, died of non-Hodgkin’s lymphoma in February 2020. There was an in memoriam citation with the signature of a congressman on official letterhead, even a death notice purportedly quoting the mayor of Providence, R.I.

A year later, police said they don’t believe he’s dead. Prosecutors in Utah and the Rhode Island State Police said Alahverdian was tracked down at Queen Elizabeth University Hospital in Glasgow where he had used the alias Arthur Knight.

He is now subject to extradition proceedings to Utah after DNA led officials to Scotland where he was found struggling for breath on a ventilator.

In 2008, Alahverdian was convicted of two sexual assault charges in Ohio and in 2017 his DNA from that case was uploaded to a national database.

Prosecutors claim that in 2020, his DNA matched samples from a sexual assault said to have taken place in Utah and discovered he was suspect in a number of other incidents across America.

Those charges stemmed from an encounter between Mr. Alahverdian and another Sinclair Community College student in Dayton, Ohio, who told a campus police officer that Mr. Alahverdian had groped her and masturbated in front of her in a stairwell.

The conviction, which Mr. Alahverdian unsuccessfully appealed, required him to register as a sex offender.

“Investigators also learned that Nicholas Rossi had fled the country to avoid prosecution in Ohio and attempted to lead investigators and state legislators in other states to believe that he was deceased.

“Through the diligent efforts of SBI Agents, and various investigators in other states and agencies, and in cooperation with the Utah County Attorney’s Office, Mr. Rossi was discovered to be living under an assumed name in Scotland.

“He has been taken into custody and the Utah County Attorney’s Office is working with federal and international agencies to extradite Mr. Rossi back to Utah.”

“He was located in Scotland about a month ago, where he was on a ventilator.”

In Glasgow, hospital employees were able to identify Mr. Alahverdian from photographs, according to investigators, who said that his fingerprints and DNA had been provided to Interpol.

Commenting on the development, a Police Scotland spokeswoman said;

“Officers arrested a 34-year-old man in Glasgow on Monday, December 13, in connection with an international arrest warrant.

“A report was submitted to the procurator fiscal.”

Laura Hamilton, a spokeswoman for the Crown Office, which prosecutes criminal cases in Scotland, said “Arthur Knight” had appeared in a virtual court hearing from Queen Elizabeth University Hospital in Glasgow on Dec. 23 in connection with the extradition proceedings. Ms. Hamilton said the Crown Office had not scheduled future court dates.

“I can confirm that Arthur Knight appeared via video link from QEUH on Thursday 23 December 2021 in relation to extradition proceedings for the US.”