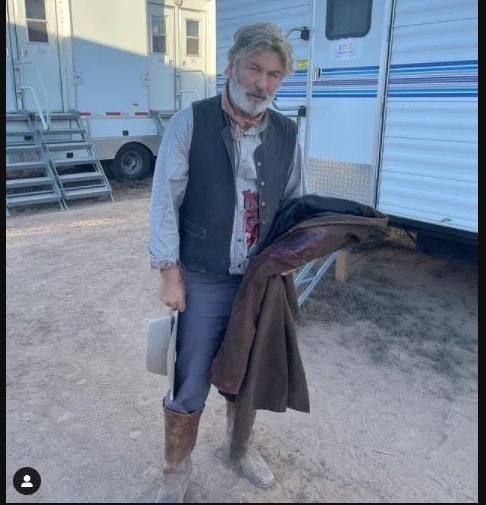 Santa Fe authorities investigating the deadly Rust shooting have disclosed that Alec Baldwin has still not handed over his cellphone after a search warrant was issued last month.

Authorities said they are yet to receive the cellphone in question. The search warrant was issued on Dec. 16.

“The District Attorney’s Office began working with Mr. Baldwin’s attorney to retrieve the phone.” Due to jurisdictional concerns, police were then told the D.A. “would be facilitating the retrieval of the phone on a consent basis.”

“To date, the cell phone has not been turned in to authorities,” the release added.

In a statement, Baldwin’s lawyer Aaron Dyer said on Thursday in a statement that he has reached an agreement with both the Santa Fe Sheriff’s Office and the district attorney to turn over the phone “this week,” and Dyer’s team is finalizing logistics with the New York authorities.

“Mr. Baldwin’s phone is being turned over this week for review. Ever since this tragic incident, Mr. Baldwin has continued to cooperate with the authorities, and any suggestion to the contrary is simply untrue,” he wrote. “We requested that the authorities obtain a warrant so that we could protect his privacy on other matters unrelated to Rust and have been working through that process.”

Baldwin, the star and a producer of “Rust,” was holding a revolver during film rehearsal when it fired, killing cinematographer Halyna Hutchins and wounding director Joel Souza on the Bonanza Creek Ranch film set near Santa Fe on Oct. 21.

According to earlier court documents obtained by USA TODAY, police have been seeking to conduct a “forensic download” of the iPhone that will include text messages, recent call lists, images, videos, calls or other information related to the movie’s production.

Investigators believe there might be information on the phone “material and relevant to the investigation.”

In an interview with ABC in December, Baldwin said, “Someone is responsible for what happened, and I can’t say who that is, but I know it’s not me. Honest to God, if I felt that I was responsible, I might have killed myself if I thought I was responsible. And I don’t say that lightly.”

Throw him an 80th birthday party instead, don’t use the whole country to say thank you