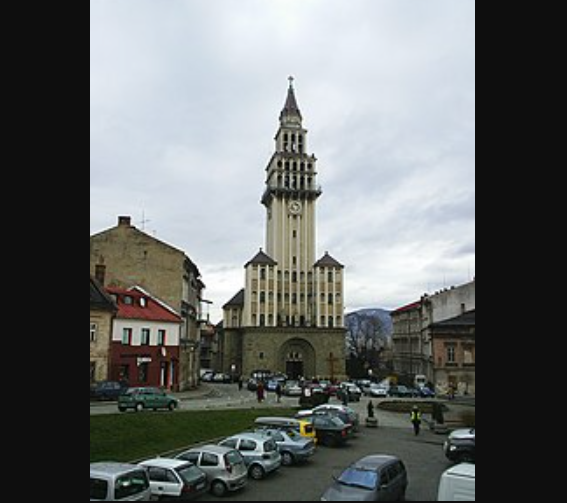 A Catholic diocese in Poland has apologized after they asked a court to determine whether a man who was sexually abused as a child by a priest is gay or if he enjoyed ‘intimate’ moments.

The question sparked wide criticism with the Bielsko-Zywiec diocese explaining that its letter to the court should not have included questions about the victim’s sexuality or have suggested that he drew pleasure from contact with the priest.

The diocese sent the letter in response to a lawsuit by the victim, Janusz Szymik.

‘We apologise to Janusz and to all who have been scandalised’ by the questions, the diocese said in a statement, vowing to change the letter’s wording.

Szymik, who is now 48, was an altar boy when the abuse began in the 1980s. He sued the diocese in a civil court last year.

The priest, who has been identified only as Rev. Jan W., admitted to the abuse and in 2015 was convicted by the Vatican’s Congregation of the Doctrine of the Faith.

Szymik is now seeking 3 million zlotys ($760,000) in compensation from the diocese.

The Onet news portal earlier this week disclosed the contents of documents it obtained which a lawyer for the church had submitted to the court.

The documents show the church wanting an expert “to check the plaintiff’s sexual orientation” and to determine whether he “showed satisfaction with maintaining an intimate relationship with Rev. Jan W.” or derived any “material benefits” from the sexual relationship with the cleric.

Rev. Piotr Studnicki, the director of a special office for the protection of children within the Polish Bishops’ Conference, said in a statement issued on Wednesday that “reliable knowledge and human sensitivity” are necessary to any legal procedure.

“The issue of sexual orientation or the way a child reacts emotionally to an offense of sexual abuse cannot constitute an argument against the injured person and diminish the responsibility of the perpetrator,” Studnicki said. “It must be clear to everyone that a child never bears responsibility for violence experienced.”

Szymik expressed surprise about how the case has turned, noting that Bishop Roman Pindel of Bielsko-Zywiec had previously shown compassion toward him for the abuse he suffered as a child.

“Previously, he expressed pain and regret and asked for forgiveness, and now he wants to prove … that I am a homosexual person, that pedophilia gave me pleasure, that everything that happened was voluntary, that I benefited from it,” Szymik said in an interview on the all-news station TVN24.