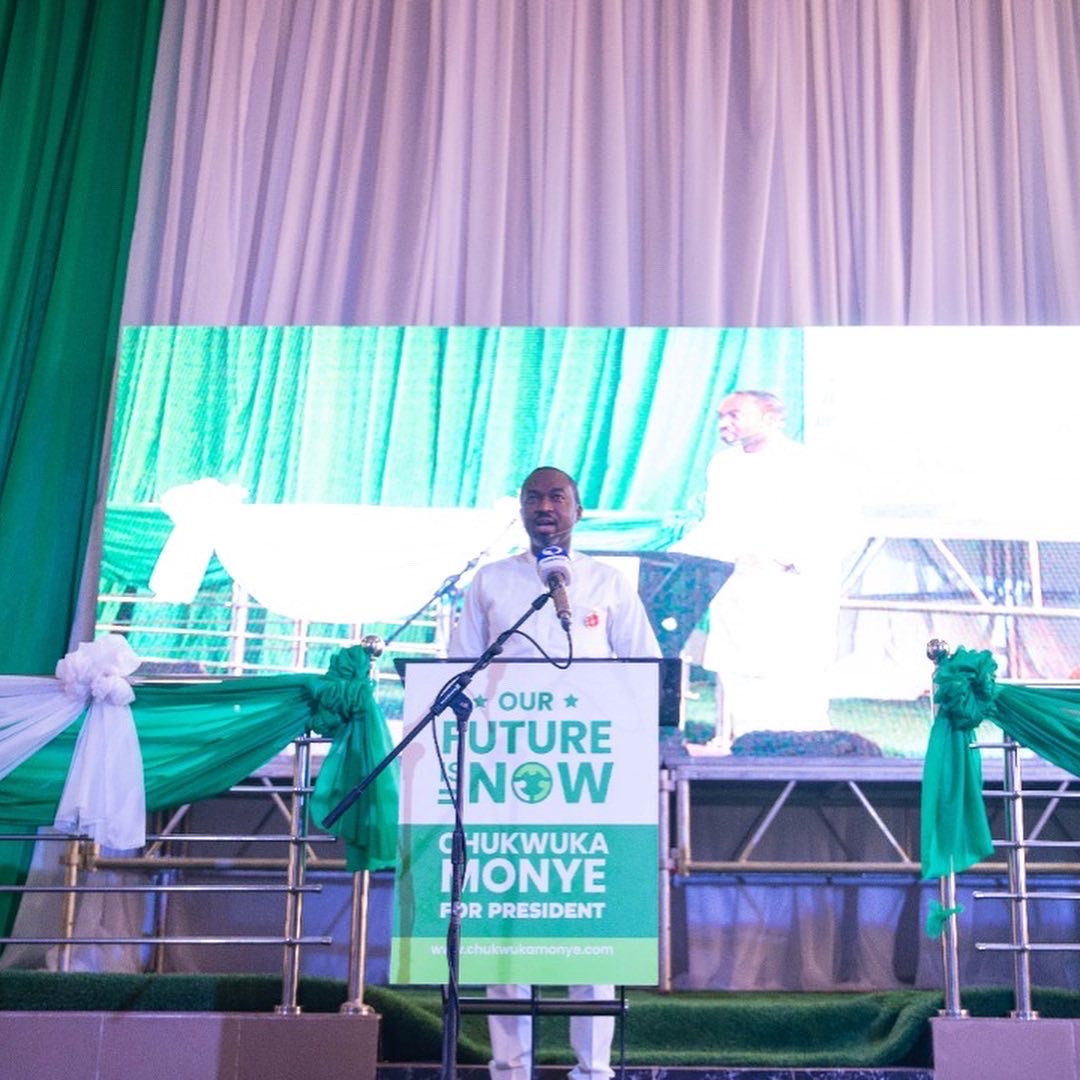 Ahead of the 2023 general elections, a social innovator and philanthropist , Mr. Chukwuka Monye has declared his intention to contest for the office of the President of Nigeria.

Monye made his intention known on Saturday at a formal declaration ceremony in his hometown of Onicha-Ugbo in Aniocha North Local Government Area of Delta State.

Anchoring his declaration on the theme ‘Our Future is Now’, Monye, a University of Oxford-trained innovation strategist outlined a three-point vision of security, institutional reforms and job creation for the rapid transformation of the nation.

According to him, “our future is here” serves as a reminder that it is time for the youth to take charge of the affairs of the nation.

Born on July 21st 1979, Monye, who is often referred to as a bridge between generations, has been impacting lives through building of businesses and mentoring of leaders.

He is the Founder of Ciuci Consulting, one of Africa’s leading multinational operations management consulting firms for the transformation of private and public institutions.

Come 2023, young people have been advised to seize the moment to prove that their generation is ready to lead the nation to its Promised Land, reaffirming that the long-awaited future is already here and now!

Nigerian businessman reveals why he bought his wife a car