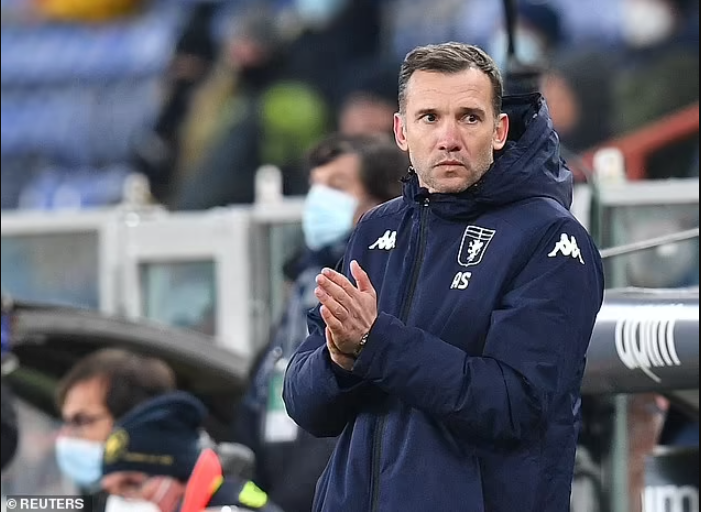 Genoa have sacked Andriy Shevchenko as their manager after just nine Serie A games in charge.

The ex-Chelsea and AC Milan striker signed a deal until 2024 on Nov.7, but an extra-time defeat against his former club AC Milan in the Coppa Italia was the final straw after a dismal run of form. He had failed to win none of its league matches since he took over.

‘Genoa CFC announce that coach Andriy Shevchenko has been relieved of his post,’ the club wrote in a statement on Saturday.

‘The club thanks the coach and his staff for the hard work they have done in recent months.’

Shevchenko, who was previously Ukraine manager, has overseen nine league defeats, with his only victory in 11 games a 1-0 win over Salernitana in the Italy Cup.

Former Genoa defender Abdoulay Konko has been promoted from the youth setup to take charge of the team on a temporary basis, with the assistant of Roberto Murgita.

Genoa’s next game is away to Fiorentina in Serie A on Monday .