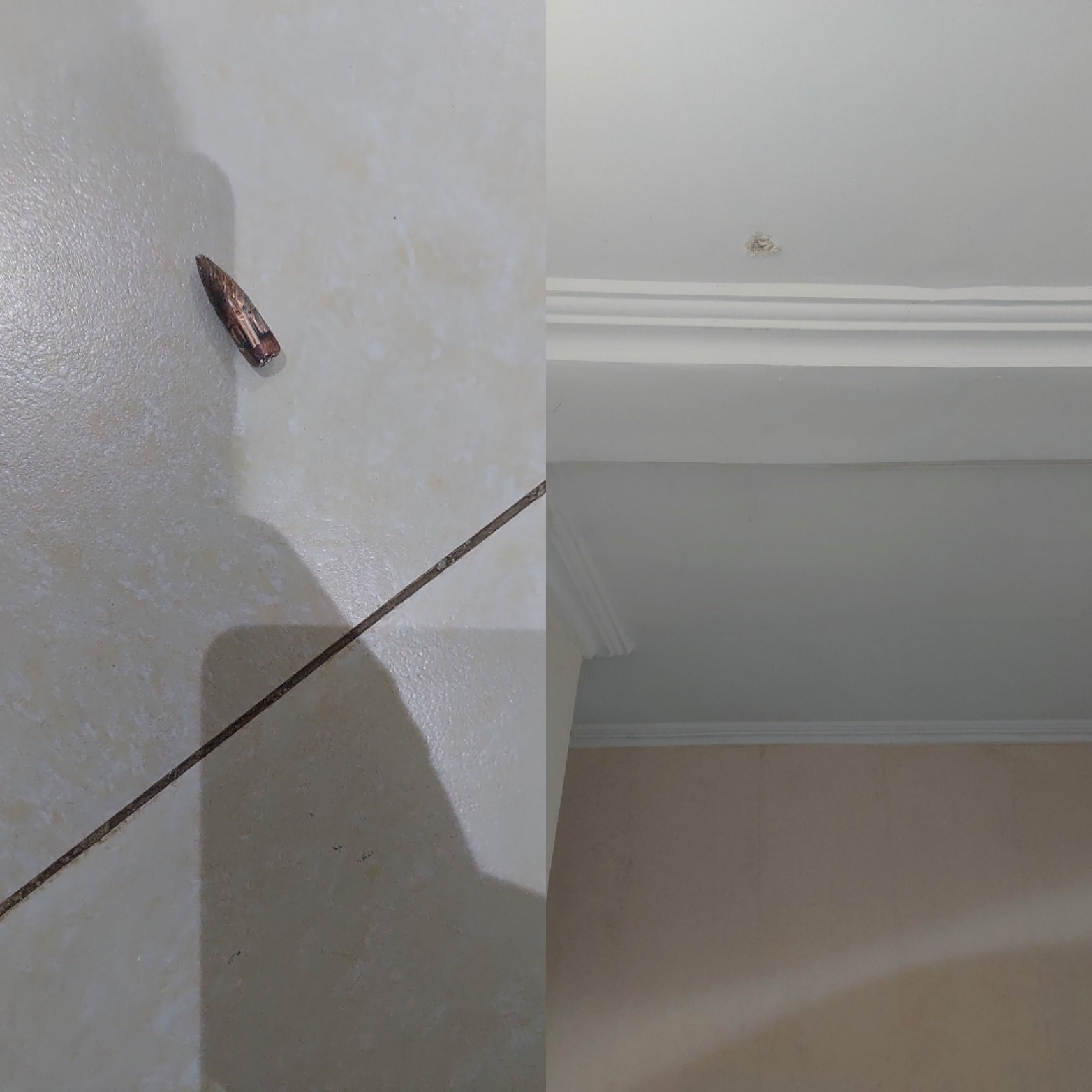 Anthony Ehilebo has called on his followers and supporters to join him in thanking God after a bullet landed in front of his children’s play area at home.

The lawyer/politician is convinced someone aimed the shot at his house, and it’s not just a stray bullet.

“I will never be cowered,” the outspoken politician added.

He shared photos of the point of entry of the bullet and where the bullet landed in his house.