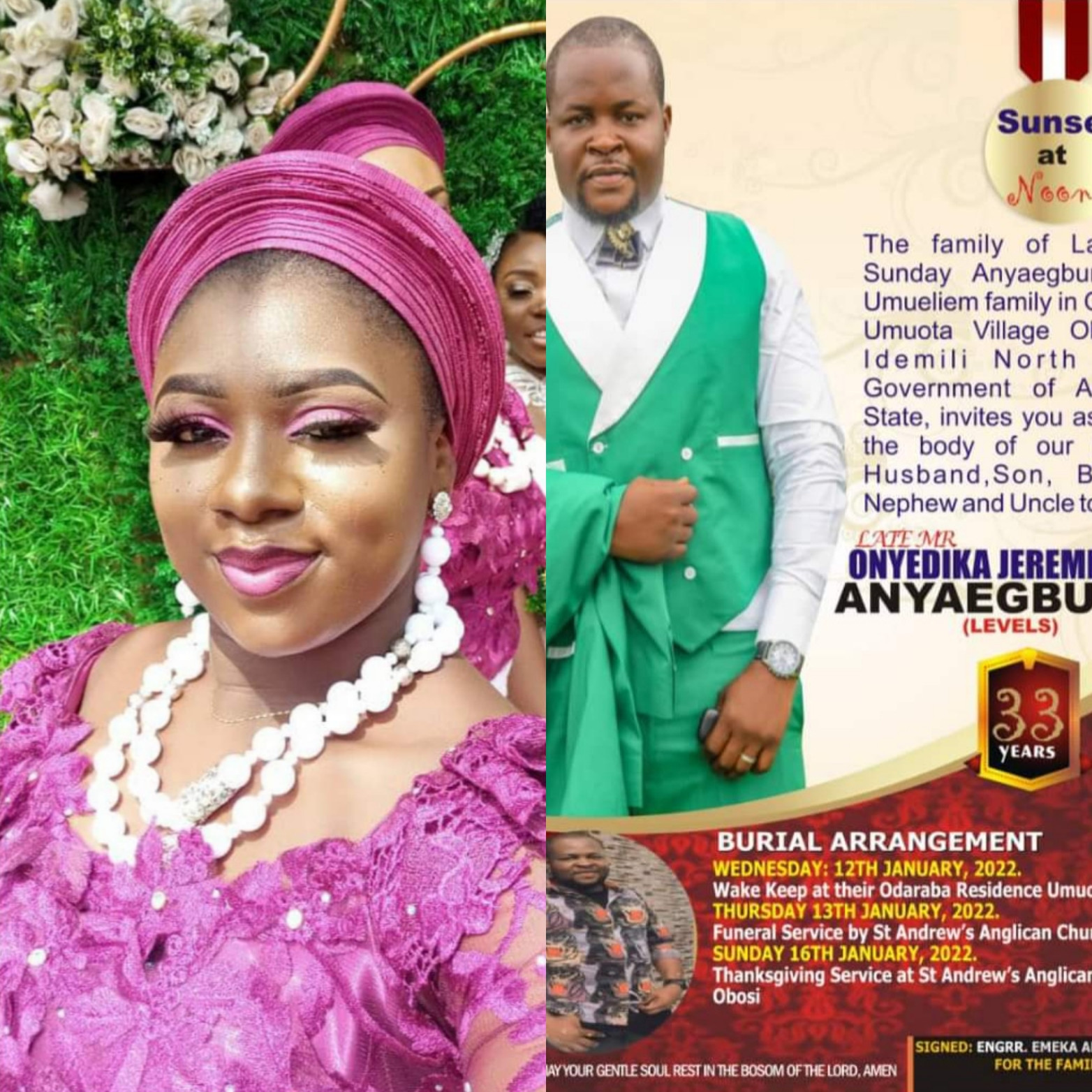 A woman and her relatives were shot at her husband’s funeral after being blamed for the deceased’s death.

The couple had been married for less than one year when the tragedy occurred.

At Onyedika Jeremiah’s funeral on Thursday, Jan. 13, in Anambra state, Benita, who is from Enugu State, was shot alongside her mother and co-wife at the burial venue.

A friend who made the claim on Facebook said Benita’s mother and co-wife died while Benita is in critical condition in the hospital.

The friend claimed Benita was shot because her late husband’s relatives blamed her for his death.

She shared photos of his feet, swollen and scabbed, before his death as she mourned him.

However, his family allegedly blamed her for his death and tried to eliminate her and her family.