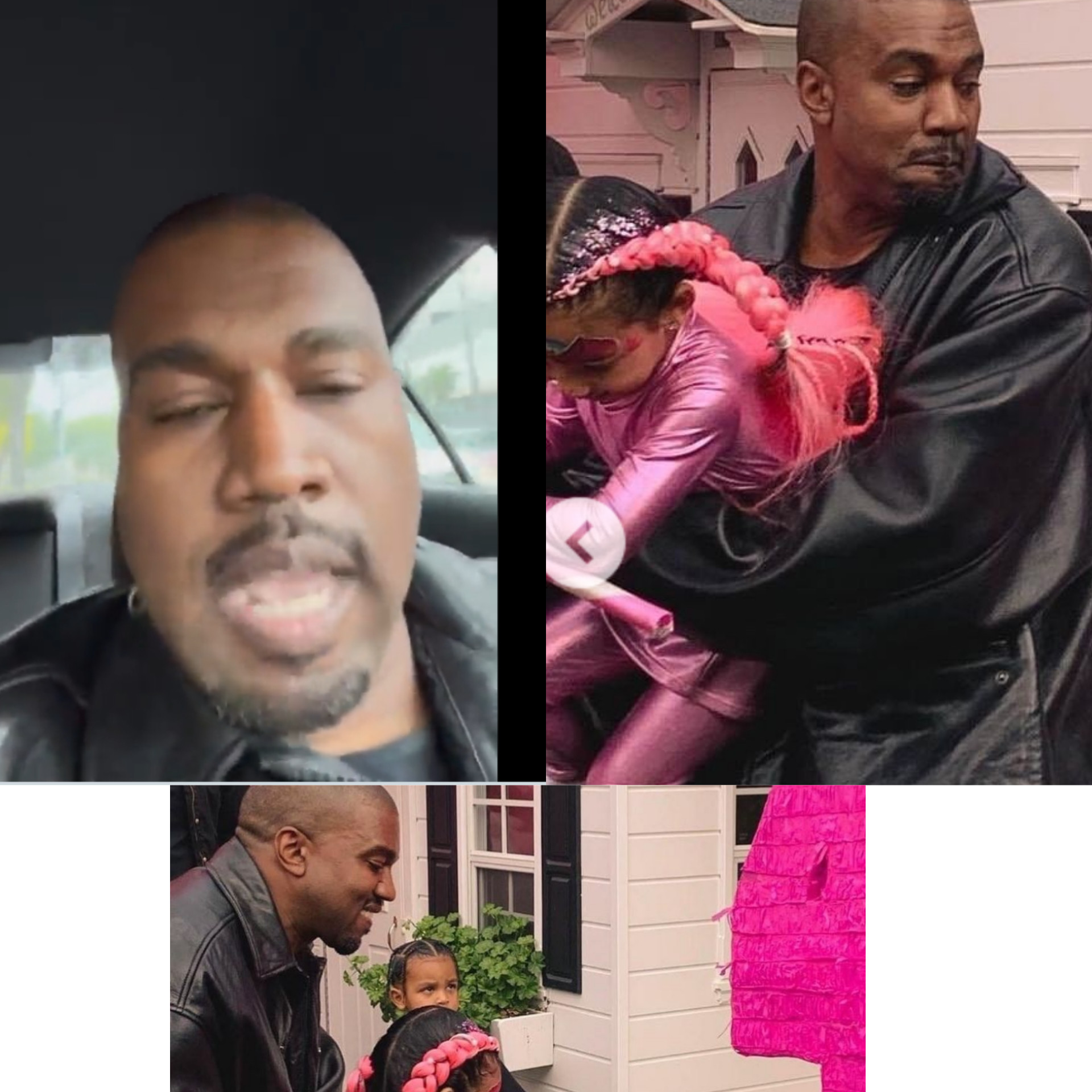 Doting Kanye West happily plays with his daughter Chicago, hours after saying Kim K and her family refused giving him the address to her birthday party (Photos/Videos)

Rapper and fashion designer, Kanye West made it to his daughter , Chicago’s birthday party on Saturday, January 15, just hours after uploading a video accusing estranged wife, Kim Kardashian and her family of refusing to give him the address of the birthday party.

Kanye shared a video in which he expressed his frustration over Chicago West’s fourth birthday celebration. The video shows Kanye behind the driver’s wheel, accusing the Kardashians of intentionally keeping him away from the party.

“I wasn’t allowed to know where her party was, there’s nothing legal that’s saying that this is the kind of game that’s being played,” he says. “This is the kind of thing that really has affected my health for the longest and I’m just not playing. I’m taking control of my narrative this year. I’m being the best father—the Ye version of a father—and I’m not finna let this happen.”

In the video Kanye goes on to wish Chicago a happy birthday and says he’s only sharing the video because he needs his fans’ support.

“I done call Kim [Kardashian], texted nannies, I got on the phone with Tristan [Thompson],” he continues.

“He asked Khloé [why] won’t nobody give me the address to my daughter’s birthday party right now. That’s gonna imprint in her mind that I wasn’t there for her. You get what I’m saying?”

Kanye then said he was supposed to be in Miami to record his next album, but that his entire schedule is based around his father duties.

“They been takin’ fathers out of the homes purposefully,” he says. “So I’m speaking up. I’m using my voice to say this ain’t going to keep happenin’.”

But shortly after sharing the video, Kanye was spotted at Chicago’s party alongside his mother in-law Kris Jenner. The event appeared to be a joint birthday celebration with Stormi Webster, the daughter of Kylie Jenner and Travis Scott, who also appear in the video. He could also be seen playing with Chicago.

In a new video recorded after Chicago’s birthday party, Kanye then thanked Travis Scott for giving him directions to the party. He also thanked Kylie for letting him in.

Kanye and Kim have been in divorce proceedings for nearly a year. The couple, who have four children together, announced their separation back in February, nearly seven years after their marriage. Kim has since started a relationship with Saturday Night Live star Pete Davidson, while Kanye is now dating Julia Fox after making several attempts to get back to Kim

The incident comes after a recent interview with Hollywood Unlocked, where the rapper opened up about his current relationship with Kim.

He told the outlet there was one time when his oldest daughter, North, asked him to come inside Kim’s home, but her security wouldn’t allow it.

“So at that point, security was in between me and my children and that’s what was not going to happen,”

Linking me with drugs is repulsive- Obi Cubana