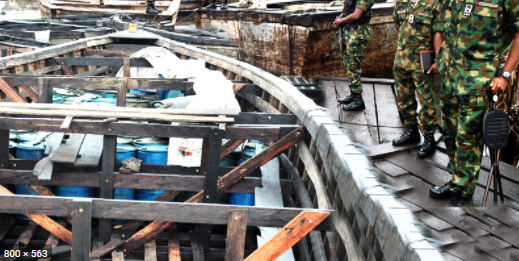 The Rivers State Police Command says it has set up a panel to investigate a Divisional Police Officer (DPO) who is alleged to own an illegal refinery in Rivers State.

In a statement released today January 16  by the Acting State Police Public Relations Officer, DSP Grace Iringe-Koko, the police command said the unnamed DPO has been “immediately redeployed and a panel headed by an assistant commissioner of police inaugurated to investigate the matter”

According to the statement signed by the Acting State Police Public Relations Officer, DSP Grace Iringe-Koko, the outcome of the investigation shall be made public and the officer will be punished appropriately if the allegations are confirmed.

Governor Nyesom Wike had raised the alarm this week and demanded that the DPO, who was in charge of a division in a community called Rumuji in the Emohua Local Government Area, be redeployed. He alleged that the DPO was operating one of the oil wells.

Naira Marley shares a ‘joke about his d!ck’