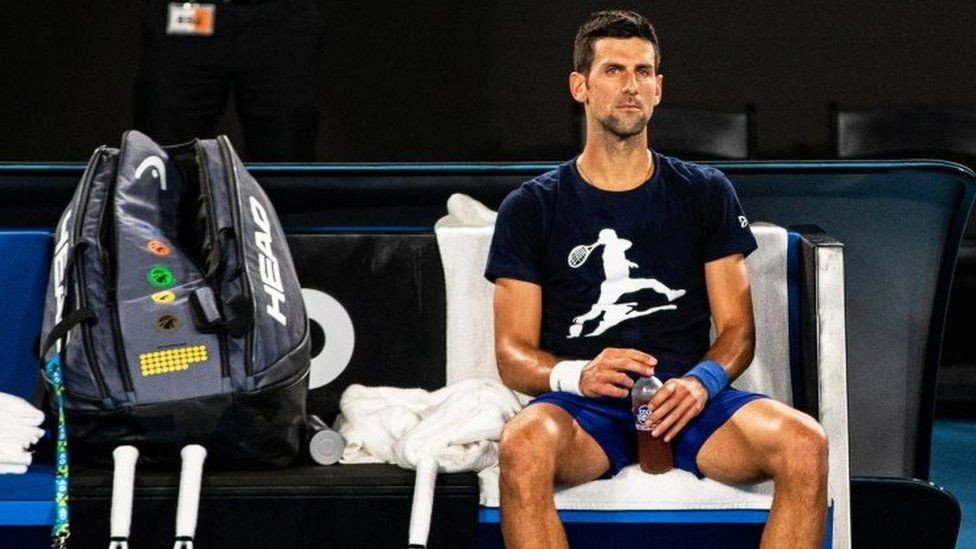 Tennis star, Novak Djokovic loses his last-ditch appeal to stay in Australia, has been deported

Tennis star, Novak Djokovic has been deported from Australia after he lost his appeal to convince three senior judges of his right to stay in Melbourne to compete in the Australian Open.

The 20-time Grand Slam champion had his appeal heard in the Federal Court on Sunday Jan 16th in a last-ditch attempt to stay and compete for the title.

But the judges unanimously failed to overturn the government’s decision to deport the star, meaning he will likely be put on the first plane back to Dubai, after arriving Down Under on an Emirates flight nearly two weeks ago.

Djokovic, who immediately released a statement saying he was ‘extremely disappointed’ with the ruling, had been due to play as first seed in the Australian Open on Monday evening, but will now be replaced by world no.150, Salvatore Caruso.

His lawyers had asked the court to review the decision made by immigration minister Alex Hawke to cancel the star’s visa for a second time, claiming it was unreasonable and he posed no risk to the Australian community.

The high-powered legal team argued any anti-vax sentiment brought about in the community since the tennis ace arrived in Australia was a result of the government’s decision to cancel his visa, while lawyers for the federal government insisted he posed a risk.

The world number one’s lawyer Nick Wood presented his case at the Federal Court of Australia to a trio of judges, after Minister Hawke re-cancelled Djokovic’s visa on the grounds of ‘health and good order’.

Despite the 34-year-old being unvaccinated, Wood insisted he has not courted anti-vaxxer support and was not associated with the movement.

Government lawyer Stephen Lloyd said the fact Djokovic was not vaccinated two years into the pandemic and had repeatedly ignored safety measures – including failing to isolate while Covid-19 positive – was evidence enough of his views.

‘He’s chosen not to go into evidence in this proceeding. He could set the record straight if it needed correcting. He has not – that has important consequences,’ the government said in a written submission.

Lloyd also pointed to a series of protests already sparked by Djokovic’s arrival in Australia.

‘The Commonwealth should not be bound to suffer the presence of an alien for fear of what might happen if they were removed,’ he said.

Because of the format of the court, the decision made by the panel of three senior judges will be extremely difficult to appeal by either side.

Djokovic now faces immediate deportation and a three-year ban from Australia – dramatically shortening his odds of winning a championship he has bagged nine times before.

2023: No brainwashed person should preach to me about getting PVC – Frederick Leonard