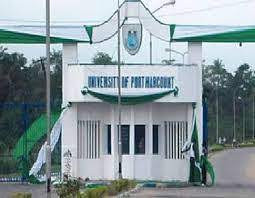 A student of the University of Port Harcourt UNIPORT, is allegedly in police custody following the death of his girlfriend in his house.

Twitter user @TheBriden, who shared the story online claimed the girl was ill and died in her sleep. He tweeted

”Heard the sad story of a Uniport student currently in police custody because his girlfriend, another Uniport student, died in her sleep in his house after a brief illness. A simple autopsy would show that he is innocent but the family cannot afford one.

Dear Kings, even if na 2am, try carry her go drop for her house so you fit sleep well too”

“Most female celebrities can’t be as submissive as my wife” – Anita Joseph’s husband, MC Fish says