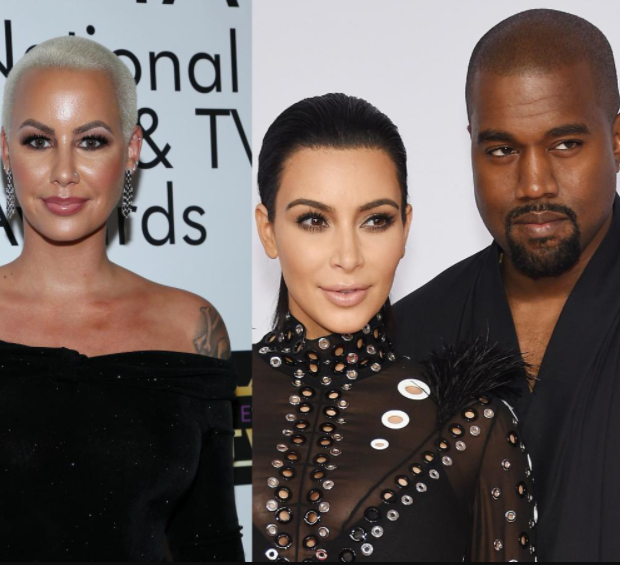 Amber Rose has reacted after her old tweet predicting that the Kardashians will humiliate Kanye West resurfaced, causing people to call her a prophetess.

Back in 2015, after Kanye West and Kim Kardashian started dating, Kanye blasted his ex Amber Rose, publicly putting her down to praise Kim.

Kanye had gone on The Breakfast Club where he said: “It’s very hard for a woman to want to be with someone that’s with Amber Rose. I had to take 30 showers before I got with Kim.”

This led to a back and forth between Kanye and Amber on Twitter.

Amber then told Kanye, “I’ll leave that up to the Kartrashians to humiliate u when they’re done with u.”

Now, 7 years after that tweet, Kanye went online over the weekend to allege that Kim was preventing him from attending their child’s party. He said that he was not “allowed to know” where his daughter, Chicago’s 4th birthday party was taking place.

People called Amber a prophet as they mocked Kanye.

Amber has now responded, saying that the tweet is “old and immature” and Kim and her sisters do not deserve the insults.

She added that it was wrong of her to involve the Kardashians in the mess Kanye made.