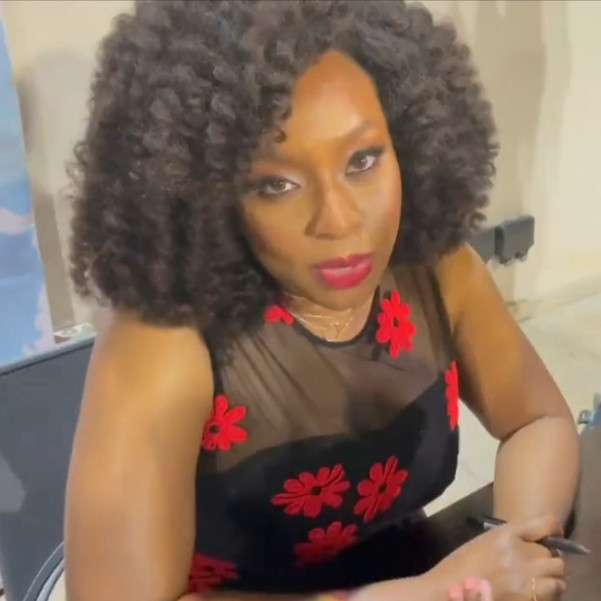 Chimamanda Adichie was filmed playing the role of Cupid after a man brought her a book to sign for his girlfriend.

Chimamanda was in Lagos,  Nigeria, over the weekend for an event.

During her book signing event, as people brought their books to be signed by the author, one man particularly requested that the book he bought be signed for his girlfriend Racheal, who is a fan of  Chimamanda.

After the book had been signed, Chimamanda is seen jokingly telling Rachael to “consider” her man and “manage” him for the gesture.

Rachel took to Twitter to reveal that the gesture made her day as she shared the video online.

Twitter Stories : Man asks his 22-year-old girlfriend to choose between him and going for her fully-funded MSC abroad.