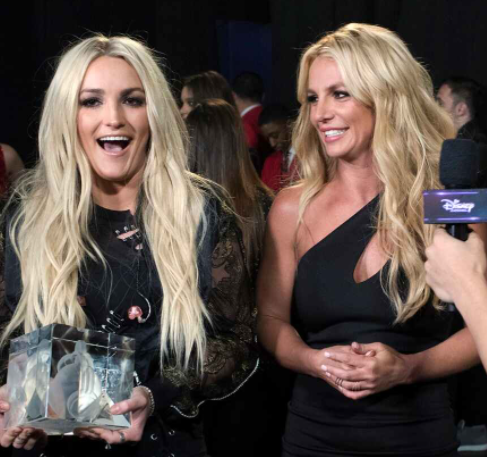 Jamie Lynn Spears has gone on Instagram to beg her sister to pull their “embarrassing” feud offline and out of the public eye.

Britney Spears, 40, and Jamie Lynn Spears, 30, began arguing over social media last week after Jamie Lynn did a promotional interview promoting her new memoir, “Things I should Have Said”.

In the interview, Jamie Lynn Spears described her sister’s behavior before her 13-year conservatorship as erratic.

Britney Spears disputed the claims, saying that the two hadn’t been around each other much at the time and that her sister was making up stories about her.

In a Thursday statement posted to Twitter, Britney slammed Jamie Lynn as a “scum person,” writing: “My sister was the baby. She never had to work for anything. Everything was always given to her!!! Hope your book does well, Jamie Lynn !!!!”

However, on Saturday, Jan 15,  Britney Spears softened her tone towards her sister. In her post, Britney admitted to saying “some harsh things” about her younger sibling in a note she posted to Twitter.

Jamie Lynn has now taken to Instagram to call for a ceasefire.

“Britney—Just call me,” the 30-year-old Zoey 101 star wrote in an extended plea shared to her Instagram Story.

“I have attempted many times to speak to you directly and handle this privately like sisters should, but you still choose to do everything on a public platform.

“In the meantime, please stop continuing the narrative that I haven’t been there for you or that I’m making things up. I’m happy to share how many times I’ve reached out to you, supported you and tried to help you.

“This is embarrassing and has to stop,” Jamie Lynn concluded, tagging her sister. “love you.”

“Is that our Mummy G.O” – Nigerians react to a video of a woman drinking with a man at a Pub.