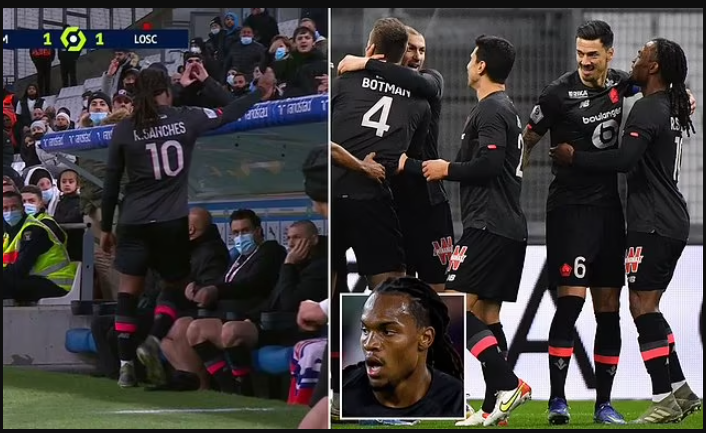 Lille and Portuguese midfielder, Renato Sanches might have landed himself in trouble for his conduct on the pitch after he showed his middle finger to Marseille fans during their fixture on Sunday evening., January 16

Marseille managed to secure a point against 10-man Lille at the Orange Velodrome on Sunday night thanks to a superb striker from Cengiz Under in the 75th minute.

Sanches was named in Lille’s starting XI and played a total of 92 minutes before being substituted for Xeka.

The 24-year-old was visibly frustrated with the decision. As he made his way to the dugout,  he was taunted by the Marseille fans, and in return, Sanches decided to retaliate.

The midfielder faced the fans, raised his arm in the air and showed them his middle finger before sitting down.

Does it make you any woman than you already are?- Gideon Okeke questions women who show off their cleavage, thighs, and other body parts

Heartwarming moment actress, Toyin Abraham surprised her husband with a private performance from Timi Dakolo on his birthday (video)