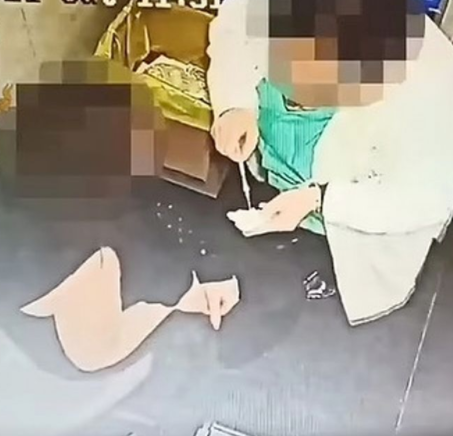 A nurse was caught “injecting” Covid vaccine into a tissue paper rather than into patients’ arms, after which she issued a faked vaccination pass in a huge scam.

The scam, which helped people to get a vaccine passport without actually taking the vaccine, was uncovered by Italian police.

According to investigators, there was a network of dozens of scammers who brought people from across Italy to a vaccination centre in Ancona. Their people would pay about £330 for the fake jab before being handed a “green pass” which shows proof that a person has been vaccinated.

The police unit in Ancona, which is in north east Italy, uncovered people who wanted to avoid having the vaccine, bribing a 51-year-old nurse who ran a vaccination centre.

A video of the fraud shows the nurse and the patient pretending to get the injection when she in fact reaches over and injects the contents of the syringe into a bin.

The nurse was later arrested and put into preventive custody, while four people including a 53-old-lawyer from Ancona who acted as intermediaries for the scam were placed under house arrest.

Police are investigating about 50 people as part of their operation, which was launched in December last year, and they have been ordered not to leave the region and to present themselves on a daily basis to the local force, Mirror.co.uk reports.

The gang were charged with wasting public resources as well as undermining the effectiveness of the public health work of the Italian national health system in order to tackle the spread of Covid.

Police also seized £15,000 (€18,000) that had been gained from people who had fraudulently paid for the fake vaccine.

‘They should face the consequences of their actions’