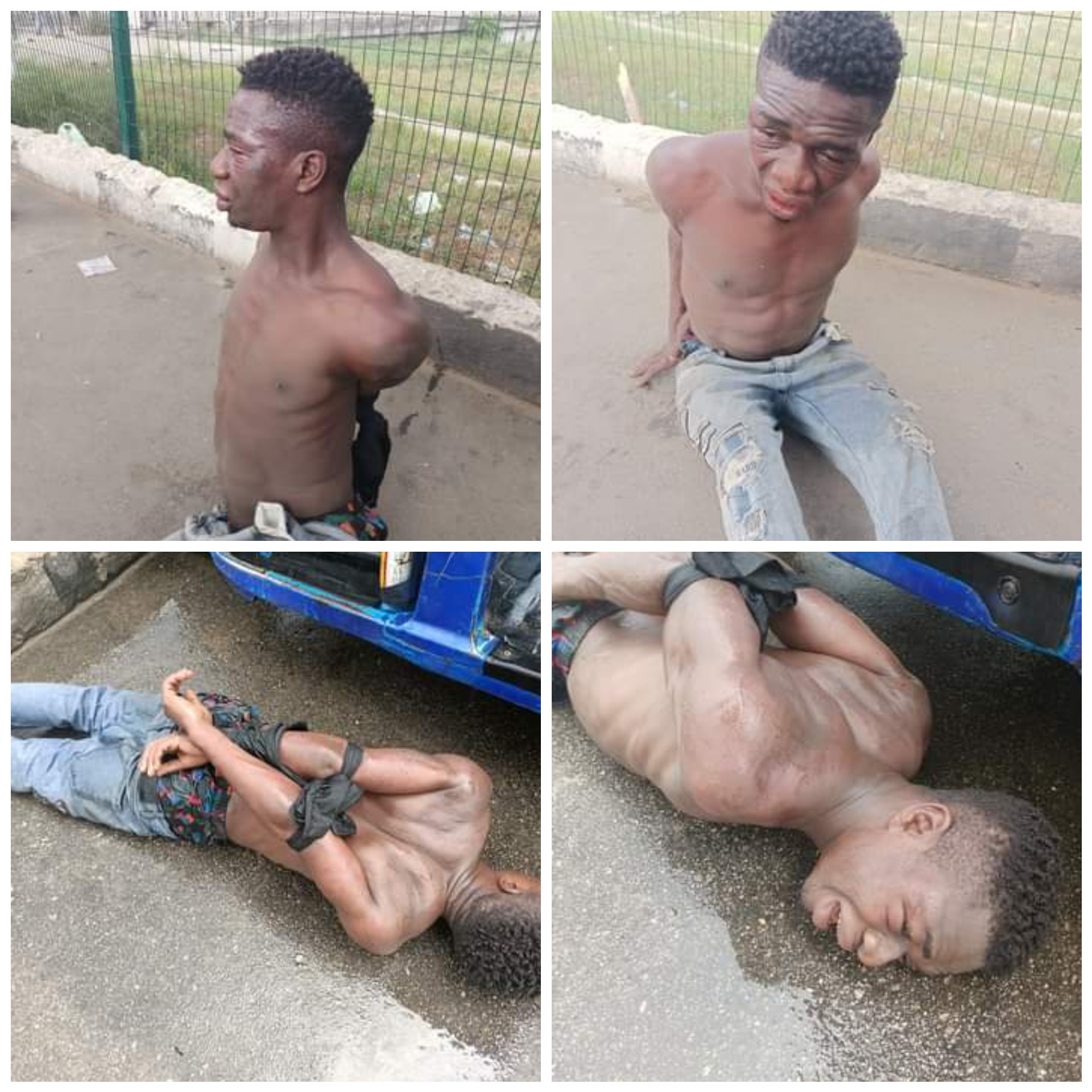 Bayelsa State Vigilante Service has arrested a notorious criminal, Austin Jephthah, an alleged member of the Bobos Cult group, who has been terrorizing Edepie – Agudama axis of Yenagoa.

The suspect, also known as Tarzan, was nabbed on Tuesday morning while he was robbing an unsuspecting commuter at the popular Tombia-Edepie Roundabout area of Yenagoa.

An accomplice to the suspect, one Tonero, who wielded a gun managed to escape when they were chased by men of the State vigilante after they had robbed a passenger inside a tricycle.

According to reports, about 9:00am, the suspect and his accomplice, Tonero boarded a commercial tricycle at Tinacious junction, heading towards Tombia Roundabout.

The tricycle had a male passenger onboard already, and that immediately the tricycle moved, the suspect and his accomplice held the passenger at gun point and asked him to submit all his belongings.

It was gathered that they succeeded in stealing the passenger’s phone and cash, but luck ran out of them when they ordered the tricycle rider stop but refused and drove them into the hands of operatives of the State Vigilante who were stationed at Tombia Roundabout.

After parking the tricycle, driver jumped out and raised the alarm that drew the attention of the vigilante that swiftly responded and chased the robbers who took to their heels to escape being apprehended.

However, one of the robbers armed with pistol managed to escape but Austin was not so lucky as he caught after about a hundred meter distance chase.

The suspect has since confessed to the crime, other criminal acts he has succeeded in carrying out and gave vivid details of how he has been terrorizing Edepie – Agudama axis of the State Capital.

Drivers and commuters who recognized him, confirmed that he is part of those who rob innocent citizens with gun in broad day light, especially travellers at the Tombia motor park and it environs.

The Chairman Bayelsa State Vigilante Service, Hon. Doubiye Alagba, who handed over the suspect to the anti-cultism unit of the Nigeria Police Force, Bayelsa State Command, revealed that, Tarzan is already on the wanted list of the vigilante outfit.

“There are too many complains about Tarzan, he is one of those criminals who has refused to change. His likes are one of the reasons why the Bayelsa State Vigilante has decided to take over the Tombia-Edepie roundabout, Swali Market area and other strategic flashpoints in the state,” Alagba said.

“We will continue to mount checkpoints at these strategic flashpoints for as long as these criminals refuse to change their ways and live a peaceful life. I want to assure Bayelsans that, our outfit is equal to that task and we will make sure that ‘operation keep the flashpoints safe’ reduces crime in the area and state in general.” he added.