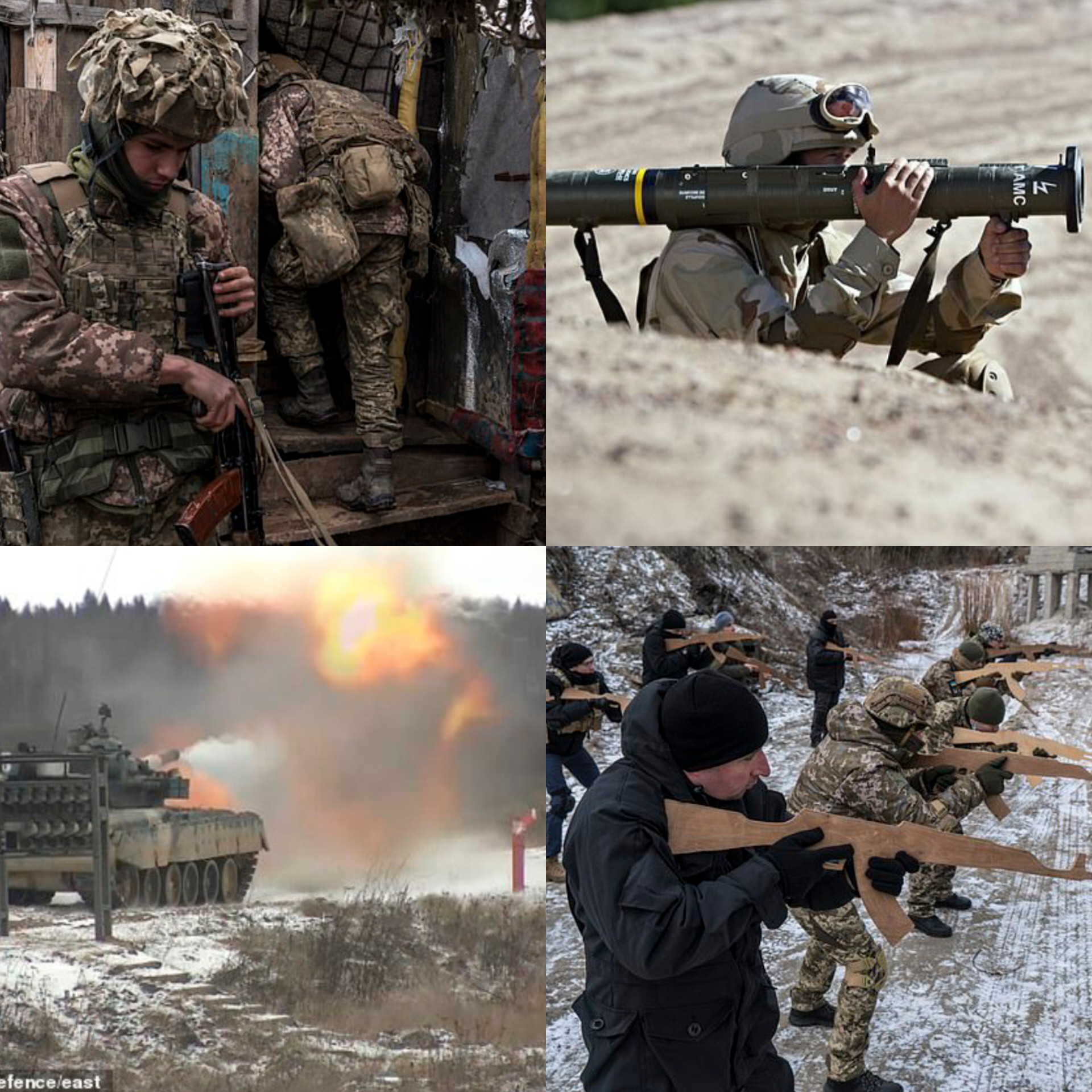 In a clear signal to Russia’s president Vladimir Putin who has amassed over 100,000 troops to Ukraine’s border with Russia while also reportedly engineering a cyber attack on Ukraine last week, the UK flew two RAF transporter carrying missile systems to Kiev on Monday night, January 17.

UK Troops were aboard the planes and will remain in Ukraine to teach their counterparts how to combat Russian tanks, UK Defence Secretary Ben Wallace said.

The Kremlin has said it has ‘no plans’ to attack but the build-up of its troops, tanks and artillery pieces suggests otherwise.

‘The UK is providing a new security assistance package to increase Ukraine’s defensive capabilities. We have taken the decision to supply Ukraine with light, anti-armour, defensive weapon systems.

‘A small number of UK personnel will also provide early-stage training for a short period of time before then returning to the United Kingdom.’

But Germany, surprisingly didn’t allow the UK planes use it’s airspace in transporting the missile systems to Ukraine.

Germany says it will refuse to provide Ukraine with weapons, according to Foreign Minister Annalena Baerbock.

She warned on a visit to Kiev that ‘any further escalation would carry a high price for the Russian regime – economic, political and strategic’ – and emphasized the need to continue negotiations.

‘We are prepared to have a serious dialogue with Russia, because diplomacy is the only way to defuse this highly dangerous situation,’ she added.

‘We made clear that we will do everything to avoid escalating the crisis,’ she said.

‘I still remain hopeful that diplomacy will prevail,’ Wallace said.

‘It is President Putin’s whether to choose diplomacy and dialogue, or conflict and the consequences’

If Russia invades it will be the second time – having sent troops into the country’s eastern regions and Crimea in 2014.

Putin’s apparent intention is to prevent Ukraine joining Nato, the defensive alliance led by the US and the UK. L

Demands made by Putin to prevent Russia attacking Ukraine include the withdrawal of Nato troops from all former Soviet republics, which the US and NATO have rejected flatly.

Since the break-up of the Soviet Union, Ukraine has become allies with Western nations like US, UK, France and Canada and its government is desperate to join Nato and the EU – moves Russia strongly opposes.

Putin wants Ukraine back under Moscow’s control as part of his ‘sphere of influence’ strategy to redraw the political map of Eastern Europe so as to have former Soviet Republics under his control. He has already succeeded in Belarus, with both countries sharing mutual defense agreements.