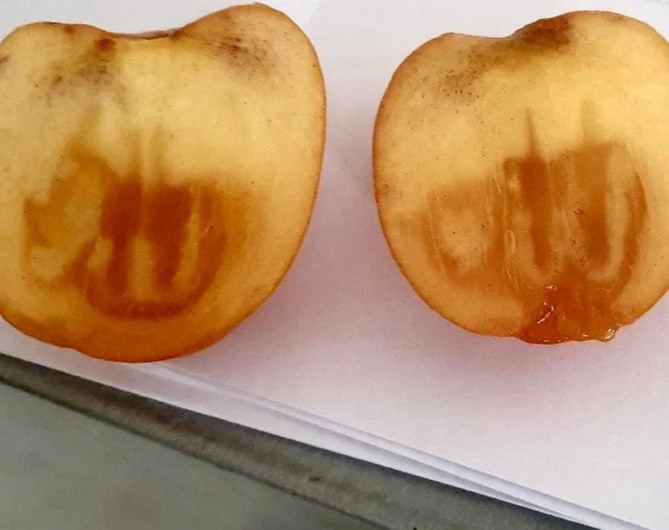 Worshippers at a mosque in the UK  believe they have witnessed a miracle after finding the word “Allah” inscribed in Arabic inside a piece of fruit.

Hafiz-Abdul Basit, 30, who had attended the Blackburn mosque to mourn the death of his father, said that the inscription was proof that “miracles happen”.

The pharmacist was one of 500 people who went to Madina Mosque to pay their respects to Haji Muhammad Tariq Hussain on the anniversary of his death.

The dramatic event happened last Thursday, Jan 13, with local councillors and a former mayor among those paying respect to Mr Hussain, who died at the age of 63 last January.

But as a sharon fruit was sliced open by a family member, the mourners were left amazed as “Allah” was written on its flesh.

Mr Basit said: “You see a lot of these miracles coming up in Asian countries, but it’s one of the first big miracles that’s actually happened in the UK.

“People were astonished, people were amazed. They looked at the fruit, and it was absolutely amazing.”

Mr Basit said: “We were there praying, and then the fruit was cut open, and God’s name came out in Arabic.

“People were shocked, surprised, amazed. It just shows that these things do happen.

“When the sharon fruit was cut open, everybody then started crowding together.”

He added: “My father was a very, very special person. He was a community person, always helping people.”

Mr Basit said after some discussion, Mr Hussain’s relatives decided to eat the fruit, considering it to be a blessing.

He said: “Initially the fruit was looked at. Then we made the decision as a family that each of us would take a little portion as a blessing.

“We just cut the fruit in little pieces and ate it.”

Abaribe and Ekweremadu withdraw from Abia and Enugu governorship race

“I had no idea the country could go down so badly and so quickly, It is hard to believe”