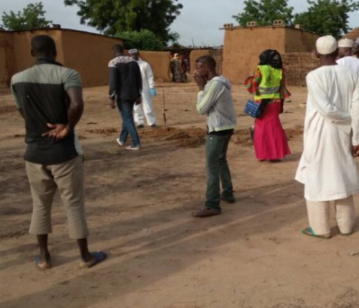 The Borno State Police Command has arrested a 13-year-old boy identified as Abdullahi Sanusi for the alleged murder of a 19-year-old man named Mohammed Abdullahi over refusal to pay for sugarcane.

Confirming the incident to newsmen, the state commissioner of police, Abdu Umar, said the victim on Wednesday forcefully took the suspect’s sugarcane without payment and when the former asked for money, Abdullahi started beating him. The suspect then used the knife, which he was using to cut sugarcane to stab the neck of the victim.

“On the same date (19/01/2022) at about 1700hrs, one Abdullahi Sanusi, 13, of the same address used a sharp knife, which he was using to cut sugarcane and stabbed one Mohammed Abdullahi, 19, on his neck at Mallawan in Gidan Dambe area.

As a result, the victim sustained serious injury. He was rushed to UMTH for treatment but later died on the same date.

The suspect alleged that the deceased forcefully took away his sugar cane and refused to pay and when the suspect demanded his money, the deceased started beating him as a result of which the suspect stabbed the victim with a knife” the police boss said