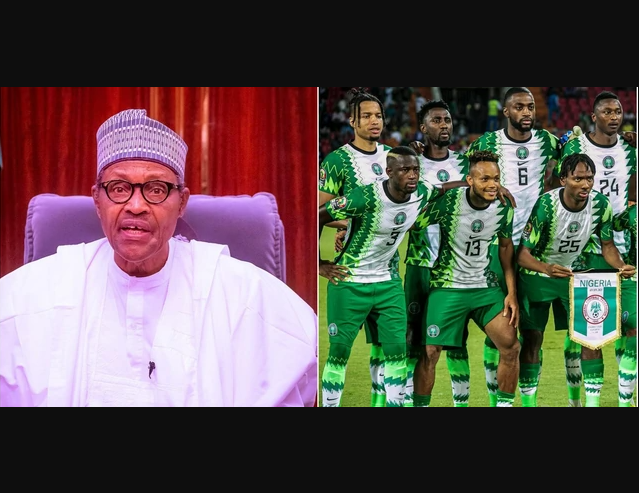 Reno Omokri has blamed President Muhammadu Buhari for the Super Eagles’ defeat and elimination from the 2021 Africa Cup Of Nations.

The Nigerian squad lost 1 – 0 to Tunisia in the Round of 16 on Sunday night, January 23, after Youssef Msakni found the net with a long-range shot in the 47th minute of the game, which knocked the Super Eagles out of the tournament.

Nigeria had progressed to the round of 16, after three straight victories against Egypt, Sudan, and Guinea Bissau in Group D.

Earlier before the Tunisia game, President Buhari had called the players to wish them well and charge them to continue making Nigerians proud.

Following the outcome of the match, Reno shared a recorded video, where he blamed President Buhari for the Super Eagles’ defeat and elimination from the tournament after he called them to wish them well.

He also went on to blame the Buhari for Anthony Joshua’s last defeat to Oleksandr Usyk after the British-Nigerian boxer met him before the bout.