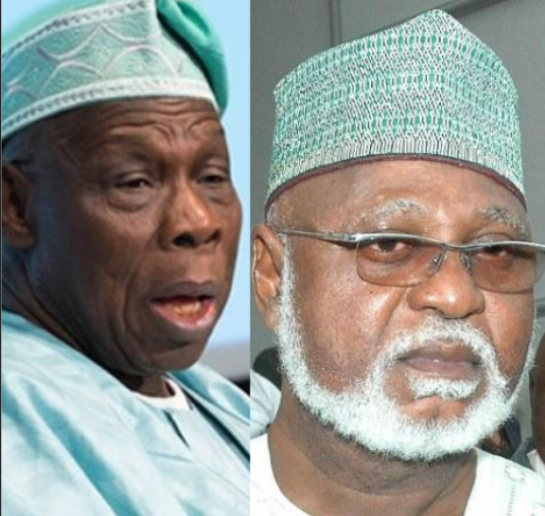 I asked Obasanjo not to go into politics

Former Head of State, General Abdulsalami Abubakar (rtd) has disclosed that he advised President Olusegun Obasanjo against joining politics shortly after he was freed from detention.

Obasanjo who was detained by the regime of late General Sani Abacha, regained freedom when Abdulsalami took over power.

In an interview with Trust TV, the Chairman of the National Peace Committee who handed over to Obasanjo in 1999, said he asked the former President to leave politics and go home to sort out his health.

Abdulsalami insisted that he had nothing to do with Obasanjo’s participation in the poll that brought him to power in 1999.

“He (Obasanjo) came to see me to tell me that he had been approached by this group of people, they want to make him the candidate to stand for election.”

“I said “Sir, if I were you, please disregard this people, Sir, go home and rest and sort your health out and so on and so forth”. He said “Okay, General thank you for your advice, I will get back to you”. He never got back to me. The next I hear was that he was one of the presidential candidates.

“I tried to tell people that I had nothing to do in bringing Obasanjo to contest the election. Whatever must have happened was within the political parties and so on.”

When asked whether he ‘rehabilitated’ Obasanjo to allow him contest in the election, he responded;

“Like I had all other prisoners! What do you mean by I had to rehabilitate him?

“Well I am thinking of his businesses, whether he was helped with something to revive them which was one of his complaints.