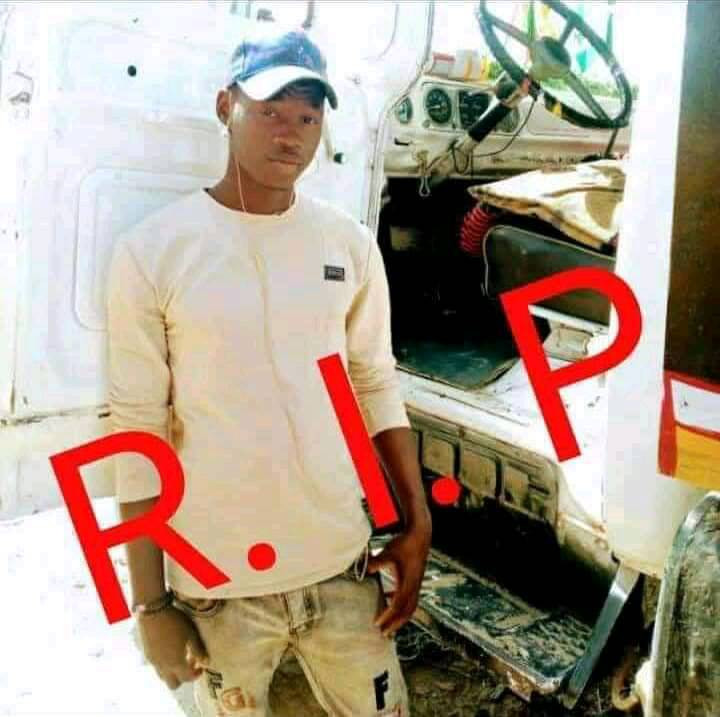 Angry youths in Gashua community, headquarters of Bade Local Government Area of Yobe State, have protested the killing of a driver identified as Mohammed Musa, allegedly by military personnel.

It was gathered that the incident occurred on Saturday, January 22, at one of the filling stations in Garin Alkali community via Gashua.

Narrating how the incident occurred, sources in the community told Channels Television that the military personnel were on patrol.

They were said to have arrived at the filling station to enforce the ban on the sale of Premium Motor Spirit (PMS), also known as petrol, in jerrycans.

According to Adamu Hassan, who witnessed the incident, the sudden arrival of the soldiers caused panic among the people who were at the facility.

“The military personnel drove into the station on motorcycles and other military vehicles with their heads covered, which caused panic. But they asked the people to calm down. A scared driver who attempted to escape was shot dead on the spot,” he narrated.

Another source, who pleaded anonymity, said, “The military (operatives) were patrolling filling stations that are selling the prohibited Premium Motor Spirit in jerry cans.

“On sighting the military, all the people in the station were trying to escape which led to the shooting of the said driver.”

As soon as the man was killed, irate youths took to the streets in protest of the shooting, wielding sticks and chanting various solidarity songs to demand justice.

One of the chants in their local language, “Bamu yar da ba,” is translated as “we will not agree to the killing of our driver by the military.

Governor Buni, who directed for immediate investigation into the matter for necessary action, described the incident as unfortunate “especially now that we are recording progress in sustainable peace across the state.

“Government and the security authorities would not tolerate any act of recklessness capable of disrupting our hard earned peace” he said.

“I therefore assure you that government would properly investigate the matter and deal with it decisively.

“I also appeal to our good people of Bade local government area and the entire state to remain calm and law abiding.

“We should avoid anything detrimental to our peace. You are advised to be good Muslims and take it as the will of Allah and avoid bonfire on the roads” Governor Buni said.

“May Allah (SWT) forgive the deceased of his shortcomings, grant him Aljannatur Firdaus and to his family, the fortitude to bear the loss.” Governor Buni prayed.

Deeper Life member protest against introduction of ‘unconventional music’ into the church by Pastor Kumuyi, condemns performance by Don Moen, Nathaniel Bassey, Dunsin Oyekan and others in the church