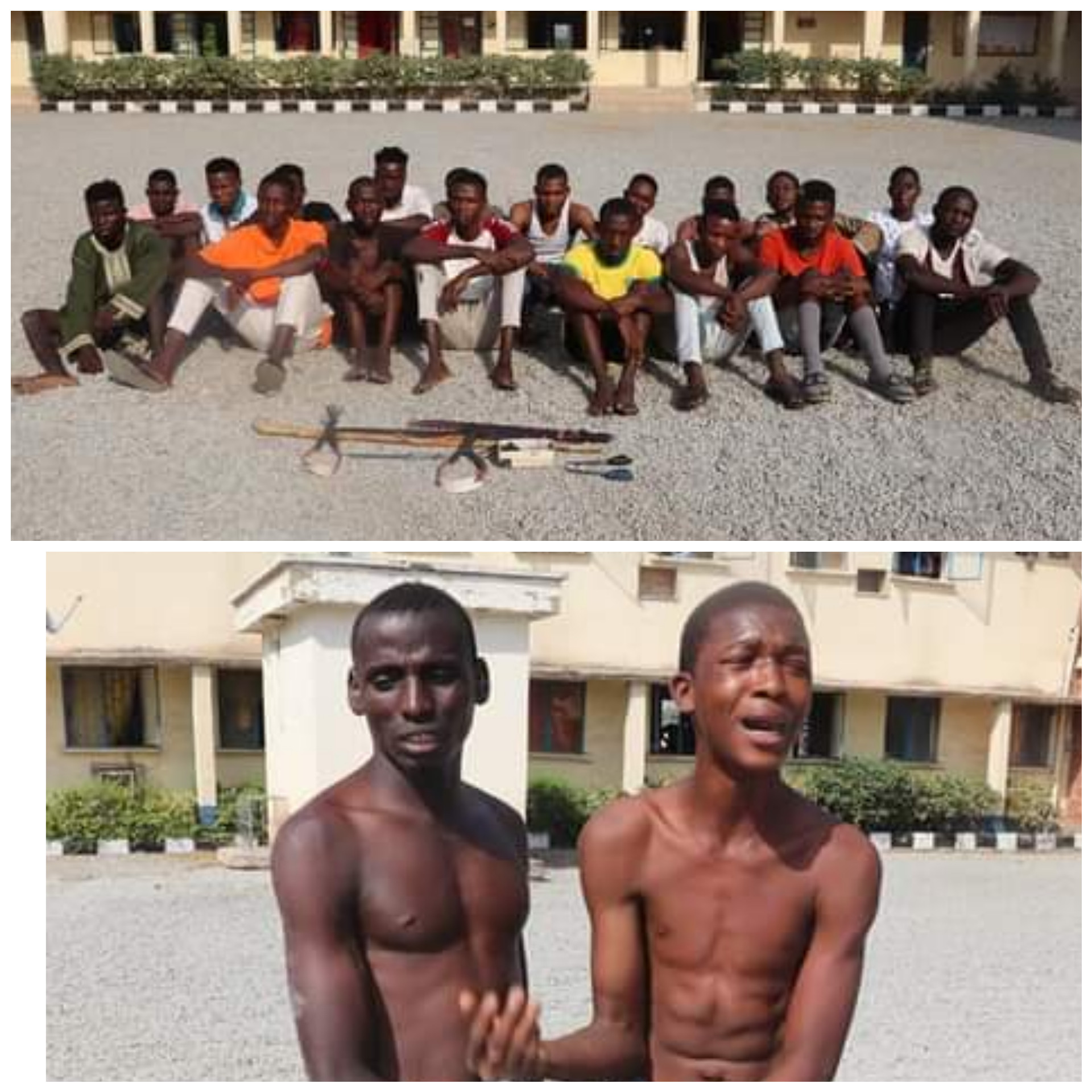 The Niger State Police Command has arrested 32 suspects over youth gangs clash and other criminality in Minna.

Recall that a businessman identified as Ifeanyi Patrick Ozoka was stabbed to death while a police officer also lost his life during the gang fights which has become a norm within the Niger State capital. Read HERE

Spokesperson of the command, DSP Wasiu Abiodun, confirmed the arrest in a statement on Monday, January 24.

“On 21/01/2022 at about 0900hrs, information was received that thugs popularly known as “Yan Sara Suka” of Ogbomosho and Limawa area of Minna were engaged in a fight at Lagos Street and Unguwar-Daji areas using machetes, sticks, stones and other dangerous weapons,” he stated.

“Police patrol teams were immediately drafted to the area to forestall break down of law and order and the thugs were dispersed, unfortunately, a shop owner at Ogbomosho road, one Ifeanyi Patrick aged 39yrs was stabbed to death as a result of the thuggery while a Police officer also lost his life in the process,”

All suspects are under investiation in SCID, Minna and will be arraigned in court as soon as investigation is concluded.