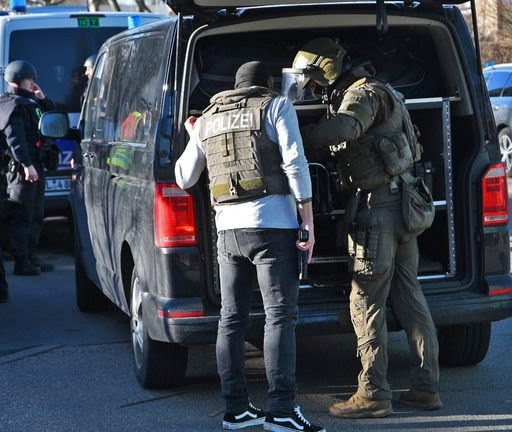 At least one dead as gunman open fires near university

A gunman stormed into a university lecture hall in Heidelberg, Germany, and opened fire.

One person is dead and multiple others are believed to have been injured following the shooting.

Police and rescue workers have arrived at the scene and an area has since been cordoned off.

Shots were fired after a single perpetrator entered a lecture hall with a long gun – with the perpetrator himself now dead, police confirmed.

“Police and rescue workers with strong forces on site.

“We will keep you updated as soon as more details are known.”

An updated statement read: “A single perpetrator injured several people in a lecture hall with a long gun.

“The perpetrator himself is dead.

“Colleagues are still on-site with strong forces – we will provide further information here.”

Police asked people on Twitter to avoid the area as photos from the scene show streets swarming with cop cars.

Polizei Mannheim tweeted: “Please drive around/bypass #NeuenheimerFeld in #Heidelberg in a wide space so that rescue workers and emergency services can travel freely! Thank you!”

Bovi’s wife, Kris Asimonye undergoes surgery for an ectopic pregnancy which ruptured one of her tubes (video)