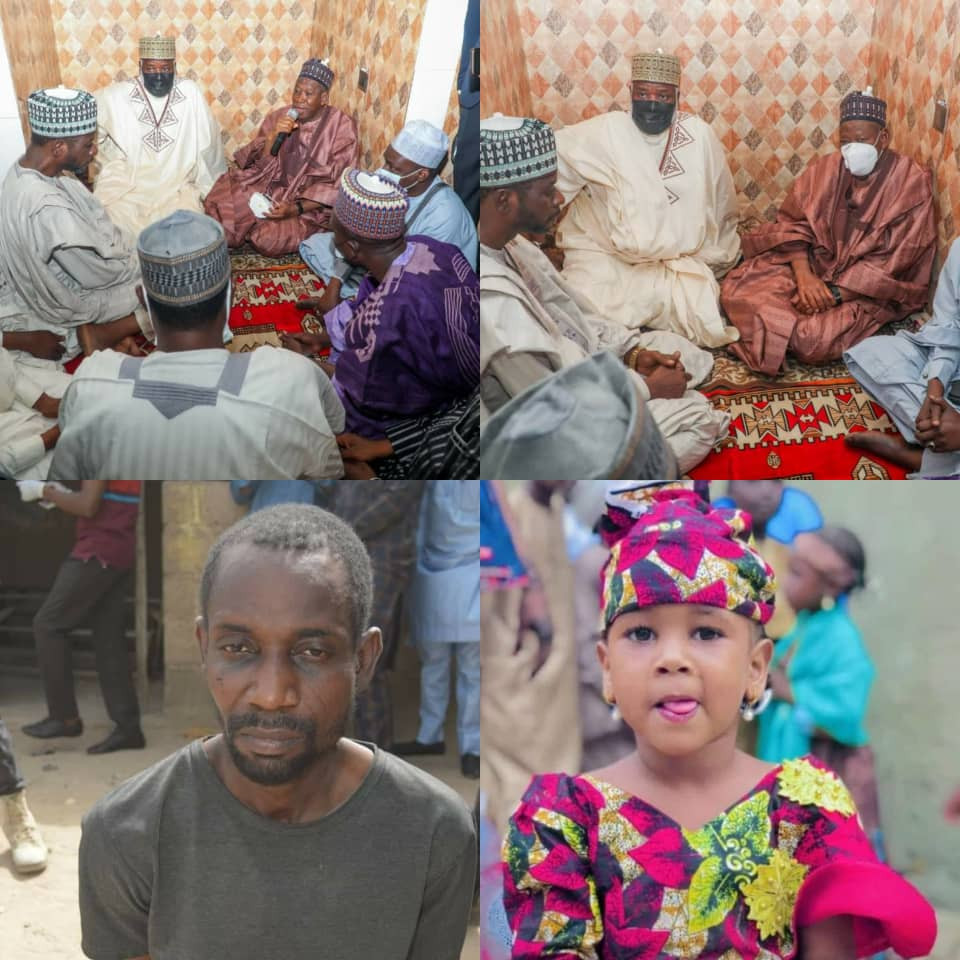 Governor Abdullahi Umar Ganduje of Kano state has promised to abide by the constitutional provision as the governor to assent to the death sentence of Abdulmalik Tanko, the school proprietor who confessed to killing 5-year-old pupil Hanifa Abubakar Abba if he is found guilty by the law.

A statement released by Abba Anwar Chief Press Secretary to the Governor of Kano State,  said, Ganduje made the revelation when he paid a condolence visit alongside his Deputy, Dr Nasuru Yusuf Gawuna, Majority Leader, State House of Assembly, Labaran Abdul Madari and other top government functionaries, at the family’s residence in Dakata/Kawaji.

“We have good confirmation from the court handling the process that, justice would be done. No stone would be left unturned. Whoever is found guilty of this heinous offence will also face death without wasting any time. As a government we have already started the process.”

Our constitution provides that, when a death sentence is passed, it is the constitutional power of the governor to assent for the execution of the culprit. I assure you all that, I will not waste even one second” he said

On the speed of the proceeding, he further encouraged that, there would be speedy dispensation of justice, adding that, the “Government will take good care of the family of our late child Hanifa of blessed memory.”

For the schools affected by this tragedy, governor Ganduje revealed that government would do something about the schools.