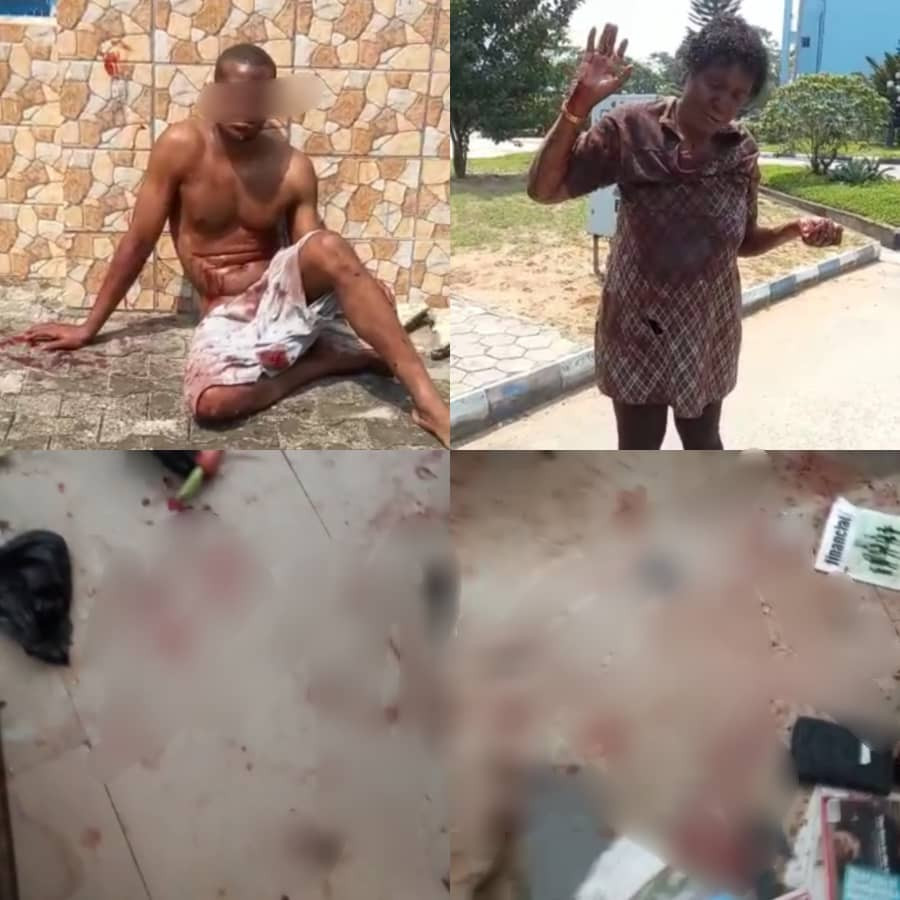 A young man in Imo state has been arrested by men of the Imo state police command over allegations he stabbed his mother, Eziada Chika Mbachu, with a knife several times at his home in Heroes apartment opposite Concord hotel in Owerri, Imo state in the early hours of Monday, January 24.

Residents of the area claim the young man called his mum over after which he attacked and stabbed her several times.

“The mother was shouting and calling for help with blood stains and wounds on her body. The neighbours heard of it and started rushing to help her. They rescued her. When the son saw many people coming he stopped attacking the mother.

It was that time that the mother fell and started crying and the neighbours rescued her and separated her from the son.

As I am talking to you the woman has been rushed to the Federal Medical Centre, hospital for treatment so that treatment can commence on her immediately because of the knife cuts. The police have arrested the boy and taken him to the station.”a resident said

In a video that has gone viral, the mother, Mrs Mbachu, who is believed to be a parishioner at Holy Trinity Catholic Parish at World bank in Owerri, thanked God for rescuing her from the attack.

When LIB contacted the spokesperson of the state police command, CSP Micheal Abbattam, he said he would release a statement on the incident.

Watch videos from the attack below

Three men arrested for assaulting a lady in Borno