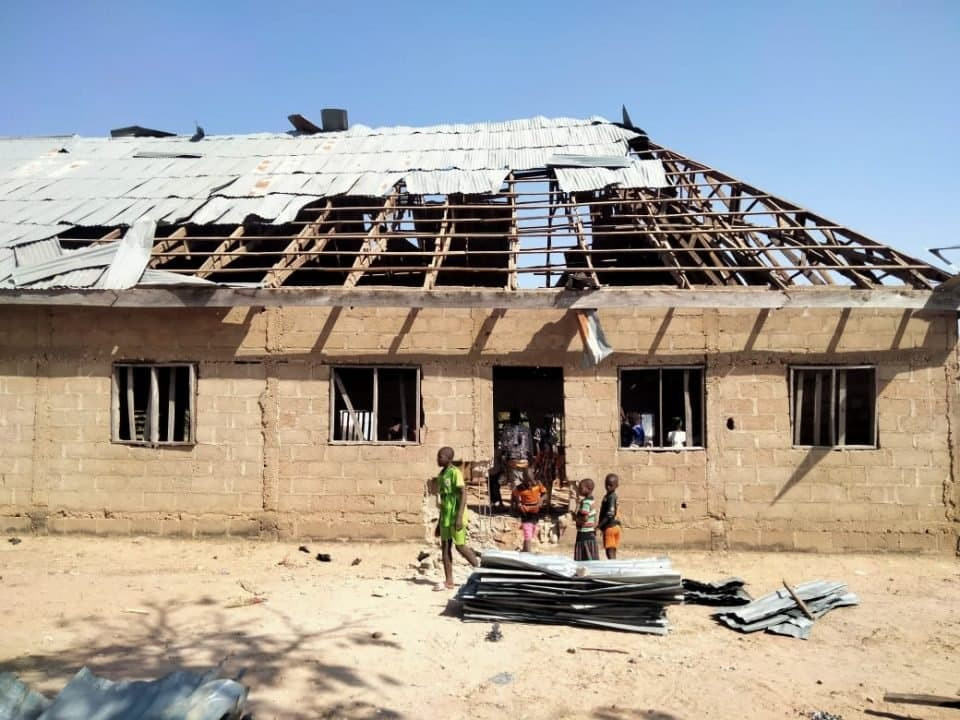 Principal of the College, Rev. Fr. Emmanuel Ikyaan, told journalists that the explosive planted by terrorists went off around 7:20 pm on Sunday.

While no life was lost, the building was badly affected. Ikyaan has now called for a thorough investigation to unravel those behind the attack, demanding that the perpetrators be brought to book.

“We thank God no life was lost, but the Church has been destroyed. About 10 minutes after the explosion in the school, we started hearing gunshots in the town.

“The youths and some students were holding a programme in the Chapel which doubled as the school hall and had left the premises shortly before the explosion.

“This is a religious premises and if attacks like these are happening to the Church, where will people run to?

“I want to call for a thorough investigation to unravel those behind the attack and the perpetrators brought to book.”

“The attackers threw an explosive into the church to scare people and enable them escape from the town.”