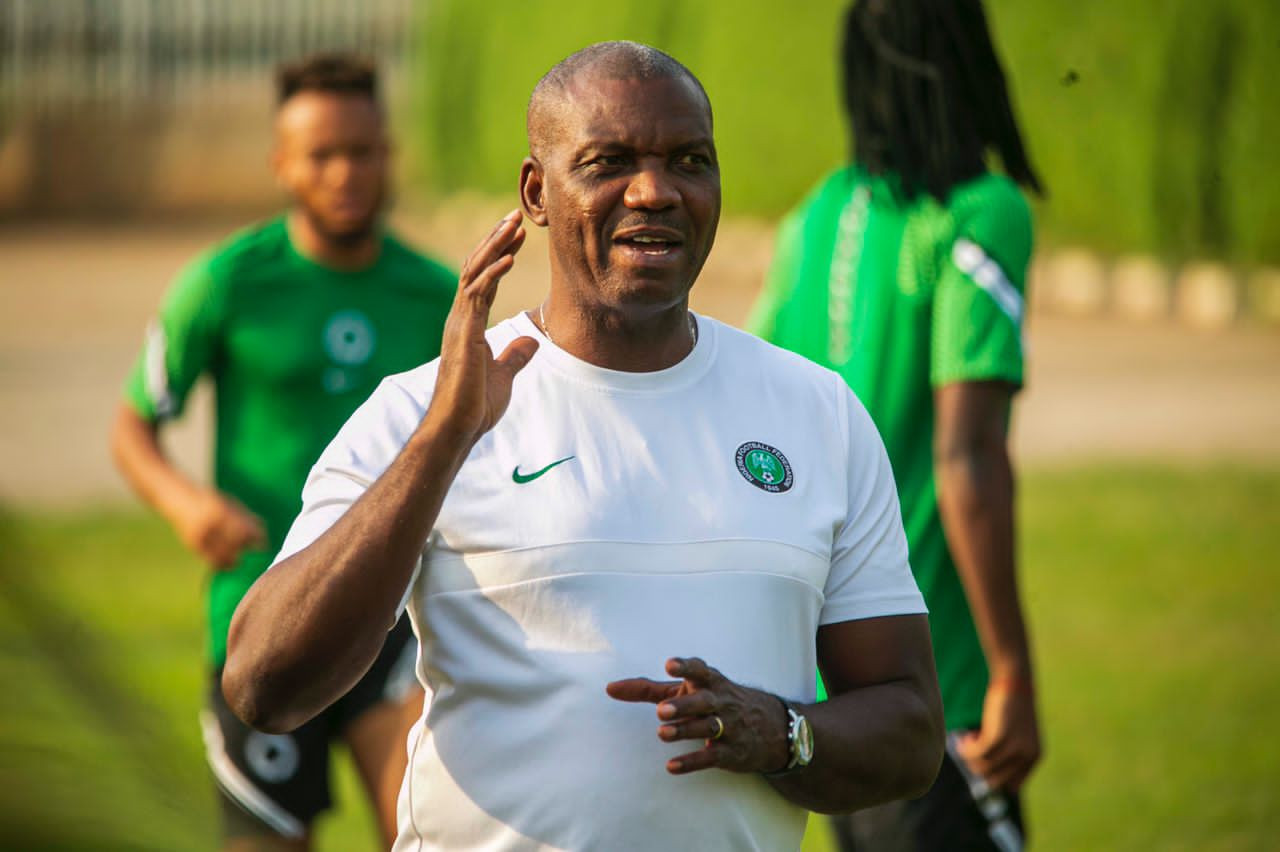 Super Eagles Interim coach, Augustine Eguavoen has denied resignation rumour about leaving his position, but will instead hand over to incoming technical adviser, Jose Poseiro.

Nigeria’s exit from the ongoing Cameroon 2021 Africa Cup of Nations after losing 0-1 to Tunisia in the Round of 16, ending Eguavoen’s hopes of keeping the job permanently.

Speaking after Sunday’s loss to Tunisia, Eguavoen announced that he would return to his job as Nigeria Football Federation’s (NFF) Technical Director, adding that he would leave the decision of who becomes the coach of the team to the Federation.

He said: “I am the interim coach and Technical Director of the NFF, I will go back to my position and allow the Federation to make a decision on the way forward.”

In a chat with  The Guardian on Monday, shortly before the team left Garoua for Abuja, Eguavoen said he felt bad that the Super Eagles crashed out of the tournament at such level despite the support from Nigerians.

“I became emotional just like the players at the end of the match, but that is football for you. We tried our best to win, even after Alex Iwobi was given a red card.

“Before then, we had a big chance to change the game, but things didn’t work for us. In the second half, we knew that Kelechi Iheanacho was on yellow and we did not want to risk him. Our game plan then, was to go through the middle and that was why we brought in Alex Iwobi and Sidiq Umar. But the red card to Iwobi affected the plan. I have spoken with the players. I have told Iwobi to move on. He is a young boy and needs to be encouraged.”

On if he resigned immediately after the match as reported in the media, Eguavoen said: “I did not resign. Some people are mischievous. I never said so. I know that you can’t be everybody’s favourite. Such report coming from a journalist is not good.”

Eguavoen also defended President Muhammadu Buhari after he was blamed for the loss after he had called the players and officials of the team before the match.

“Mr. President has been our number one supporter. And like a father, his call to his children was to motivate us. I commend him for the step he took. We appreciate his support for the team.

“It was unfortunate we couldn’t go past the round of 16 in this tournament. We have to put this disappointment behind us as quickly as possible and face the task ahead, which is the qualification for Qatar 2022 World Cup,” he stated.

“We cannot hold Okoye responsible for the defeat. That will be unfair. The ball came through bodies, and it became difficult for Okoye to see it. I still rate Okoye as one of our best goalkeepers,” Eguavoen said.