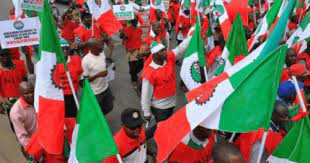 The union had scheduled the protests to hold on January 27 and February 2.

Addressing journalists in Abuja today, January 25, Ayuba Wabba, NLC president, the NLC president said the union decided at its national executive council meeting on Tuesday morning to suspend the strike based on the federal government’s decision to halt subsidy removal on petroleum.

The Federal government had on Tuesday proposed an 18-month extension for the implementation of the Petroleum Industry Act (PIA). This means that the government will continue to cater for petrol subsidy payments.

Wabba said members of the NLC would be demobilised following the decision to suspend the protest.

“Following the reversal and reapproach by government, the National Executive Council of the Nigeria Labour Congress met this morning (Tuesday) virtually to consider the new position of the government,” he said.

Actress Tonto Dikeh in deep sorrow as she loses her stepmom