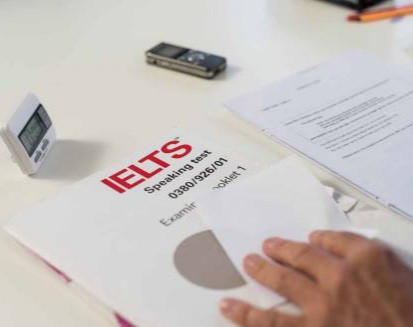 Over 26,000 Nigerians have signed a petition on Change.org to stop the demand for English proficiency tests from Nigerians looking to travel abroad for studies or work.

The petition, which was initiated by Policy Shapers, was titled “Stop asking Nigerians to write IELTS”.

As Nigeria’s language of instruction at various levels of education is primarily English, the petition calls for an end to foreign institutions’ demands for the International English Language Testing System from Nigerians.

In the petition, which was addressed to the Home Secretary of the United Kingdom, Priti Patel, the group argued that no Anglophone African country are exempted from taking the English Language test despite being part of the Commonwealth.

It further said the UK Home Office has exempted Antigua and Barbuda, the Bahamas, Barbados, Dominica, Grenada, Jamaica, St Kitts and Nevis, Trinidad and Tobago, and 10 other countries from those, who would require the test.

Policy Shapers said it had requested modalities the UK Home Office put in place to measure English proficiency in the 18 countries on its list as it expressed the belief that same should be applied to Nigeria and other Anglophone countries on the continent.

However, there has been no response as regards this from the Home Office, the group claimed.

It further argued that a test that costs more than three times the minimum wage and the result expires in two years, should not be required of Nigerians since the country is predominantly English speaking.

The petition reads, “Why should Nigerians be made to write English language proficiency examinations that cost more than thrice our minimum wage ($210) and the result expires every two years?

“The UK Home Office has a list of 18 countries whose citizens are exempt from writing an English proficiency test (IELTS, TOEFL, etc.) when they seek to study or migrate to the UK, including; Antigua and Barbuda, Australia, the Bahamas, Barbados, Dominica, Grenada, Jamaica, Malta, St Kitts and Nevis, Trinidad and Tobago, to mention a few.

“However, it will interest you to know that there is no Anglophone African country (out of 20+ English-speaking countries on the continent) on the Home Office list. Not Nigeria, not Ghana, not Kenya, not South Africa. Not Even One. Despite the fact that these African countries are former British colonies and belong to the Commonwealth! Why?

“The Home Office told the BBC, who did a report on this issue, that for a country to be listed on its IELTS Exemption list, 51% of its population must speak English as a first language.

“Fair enough right? Since October we have written to the Home Office as a collective of campaigners requesting for the modalities it put in place to measure English proficiency in the 18 countries on its list as we believe same should be applied to Nigeria and other Anglophone countries on the continent.

“More than three months after our initial email and several follow-up emails (plus tons of social media posts), the UK Home Office has refused to respond to this urgent request.”

Woman drinks her own menstrual blood and uses it as make up on her face, says her husband approves of it (photos)