“Sammie Okposo impregnated me, asked me to abort the baby” – Lady who claims to be the person Sammie Okposo cheated on his wife with in the US speaks (video)

In the early hours of Tuesday, January 25, 2022, popular Nigerian gospel singer, Sammie OKposo, tendered a public apology to his wife and his fans for cheating on his wife.

In a statement released on his official Instagram page, the singer confessed he had an intimate relationship with another woman in the US in 2021. He also noted that he would be stepping down from ministry until he gains full restoration.

In a new development, an American lady who claims to be the one the singer cheated on his wife with has now spoken up.

In a chat with YouTuber, Obodo Naija TV, the Texas-based lady said she met Sammie in Texas when he was on a tour in the US and he invited her to his hotel where they spent the night together.

Sharing screenshots of her chats with the gospel singer, she said they were in a relationship for months and spent time together until she discovered she was pregnant in January.

She alleged that the ‘Welu Welu’ master asked her to abort the baby when she told him about the pregnancy and blocked on all social media platforms afterwards.

“Sammie okposo got me pregnant and does not want to take responsibility and blocked me on all social media platforms. We met at a concert in one church close to my home and we started following each other on Instagram. He asked for my number from Instagram and we started conversing regularly.

See screenshots of their alleged chats below, 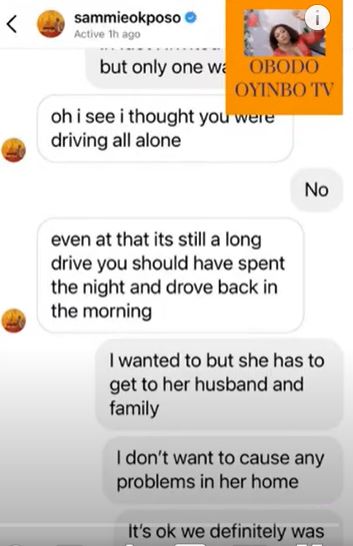 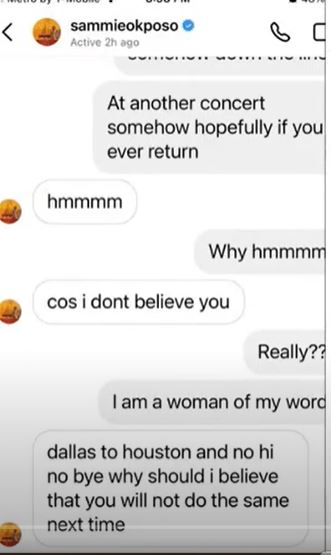 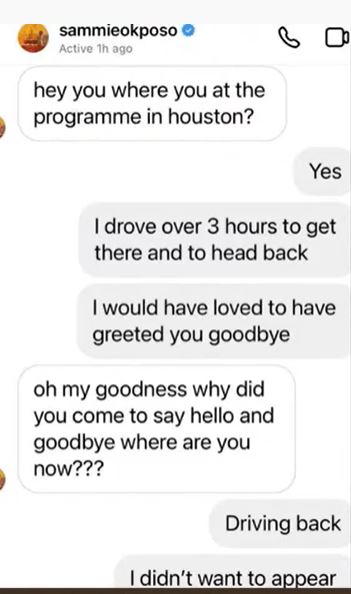 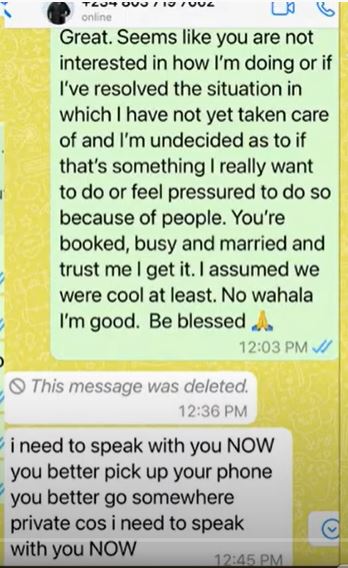 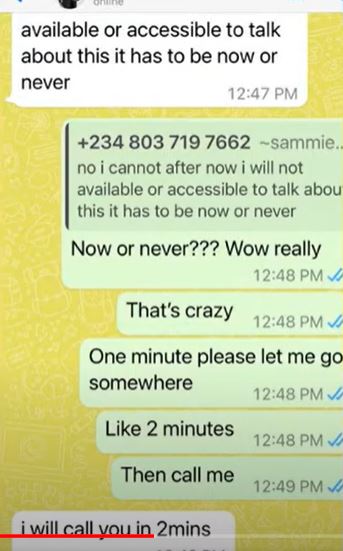 “Nah your true age be that?” – Fan quizzes actress Jemima Osunde after her PVC surfaced online, she reacts

“You can’t be cheating and still ministering”