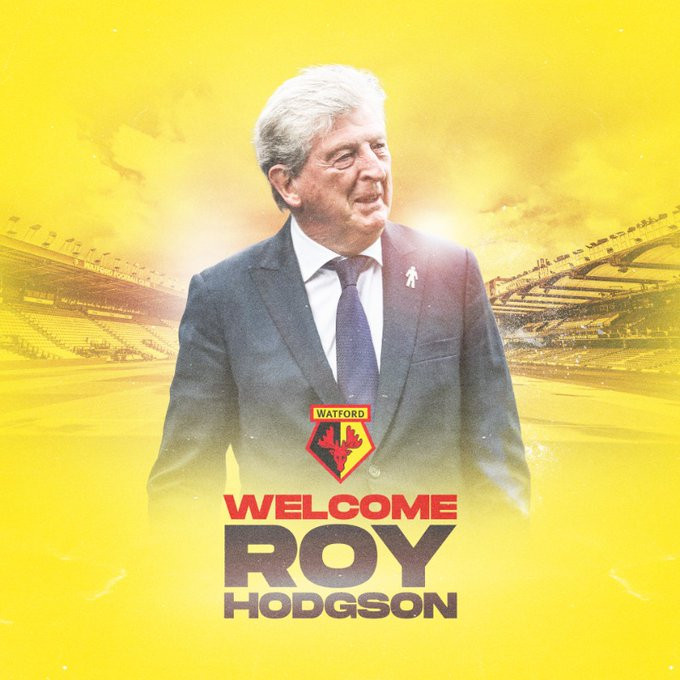 Roy Hodgson has been confirmed as Watford’s new manager after agreeing to take charge of the relegation-threatened club until the end of the season.

According to Sportsmail, the 74-year-old will land a seven-figure bonus, on top of what is described as a ‘modest’ salary, if he can lead the club to Premier League safety.

Hodgson entered Watford’s London Colney base on Tuesday morning, to complete the formalities of a six-month contract.

Later in the evening, his appointment was confirmed and announced to fans.

A Watford statement read: ‘Watford FC is delighted to confirm the appointment of Roy Hodgson as the club’s manager.

‘Hodgson and Lewington begin preparations immediately for Watford’s next Premier League fixture; away to Burnley on Saturday, February 5.

‘Welcome to Watford, Roy. And welcome back, Ray!’

Hodgson replaces Claudio Ranieri, who was sacked on Monday after a dismal run capped by a 3-0 home defeat by relegation rivals Norwich.

Upon his departure, the Italian said on Monday: ‘Good luck to everybody, Watford, the fans, the board — that’s football but I believe with these new players Watford can be safe.

‘A fantastic manager is arriving. I wish them all the best.’

The ex-England national team boss is joined by his trusted assistant Ray Lewington, who managed the Hornets so admirably from 2002 until 2005.