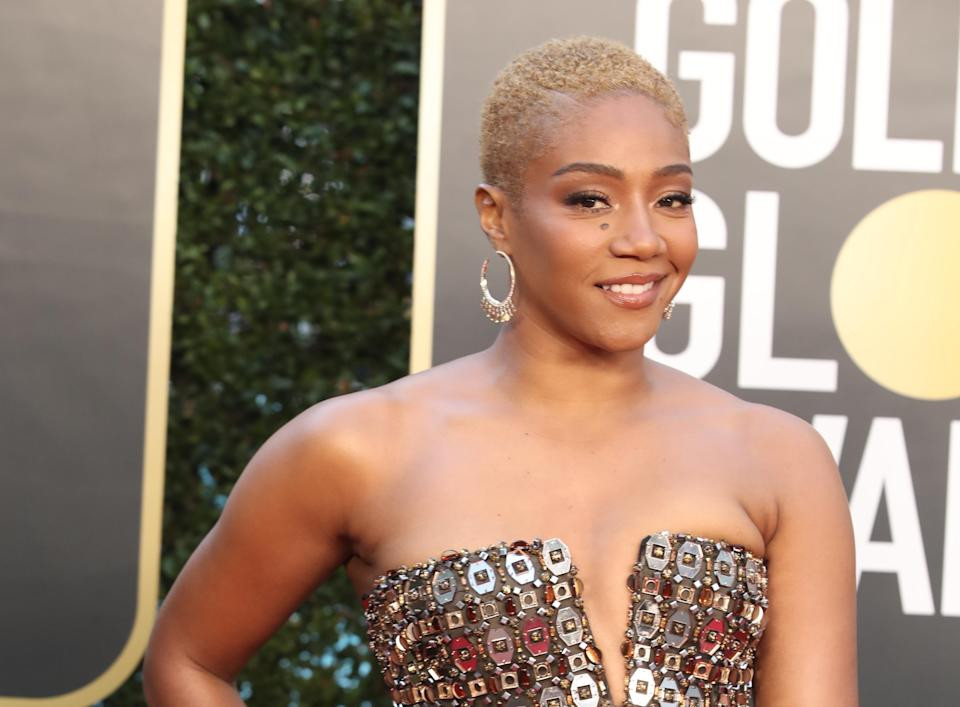 We’re going to work it out

Girls Trip star, Tiffany Haddish has addressed her run-in with the law which happened earlier this month.

Haddish who spoke via a video chat on The Tonight Show Starring Jimmy Fallon on Monday night, told host Jimmy Fallon about the moment she was arrested on suspicion of DUI in Georgia early in the morning of January 14.

“I can say this, Jimmy… I’ve been praying to God to send me a new man. A good man. And God went ahead and sent me four… in uniform.”

After the laughter died down, Haddish continued, saying;

“And now I got a really great lawyer, and we’re going to work it out. I’ve got to get my asking of things to God a little better!”

Fallon replied, “Yeah, you’ve got to be a little clearer!” Tiffany Haddish was arrested by Peachtree City police officers earlier this month for a suspected DUI and improper stopping on a roadway.

According to police, officers received a 911 call around 2:30 a.m. about a driver who had allegedly fallen asleep at the wheel on Highway 74. While en route, officers located a car that matched the description from the 911 call and conducted a traffic stop.

The police told People at the time;

“Subsequent investigation led to Ms. Tiffany Haddish being arrested for Driving Under the Influence.

“She was transported to the Fayette County Jail without incident.”

Haddish’s arrest followed a difficult few weeks for the actress that included four deaths in her personal life: her grandmother (who raised her), her pet dog, and close friends Bob Saget and Carl Craig.