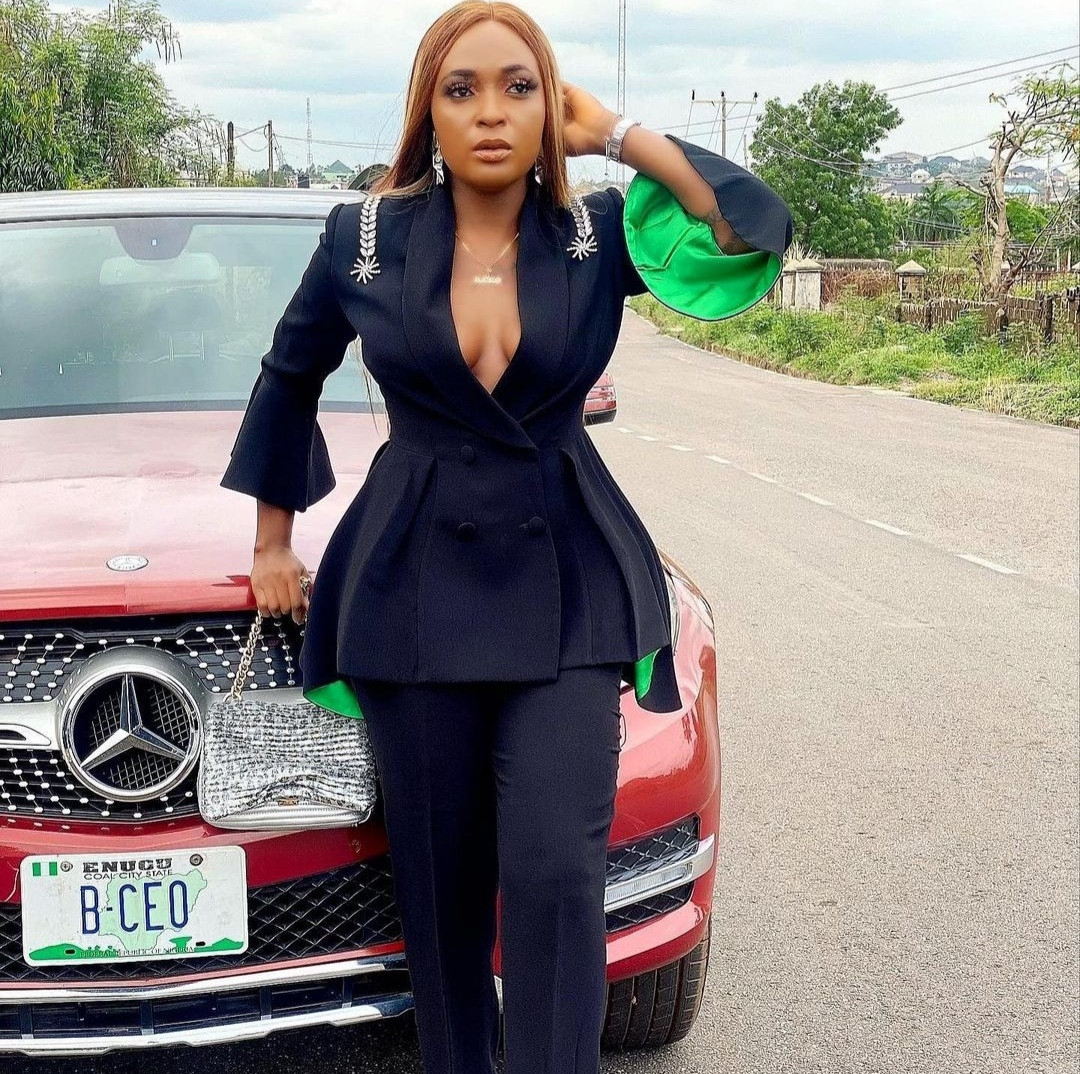 Blessing Okoro took to Instagram to give update on her new house and when she was cautioned about trying to get people’s approval, she revealed that was the main reason for building the house.

The “relationship expert” recently announced that she has completed her duplex years after she was shamed for claiming Onye Eze’s house as hers.

With the construction of her house complete, she took to Instagram to reveal that she is working on the interior and will “break internet again” when it’s ready.

She revealed that she’s not in a hurry because she currently lives in a 5-bedroom duplex.

A follower commented on her post, writing: “You really don’t have to prove anything to anyone. Did you build your house for people’s approval?”

And Blessing replied: “Yes, I did. I built it to shut them up. Did not really need the house now. So I will carry them along.”