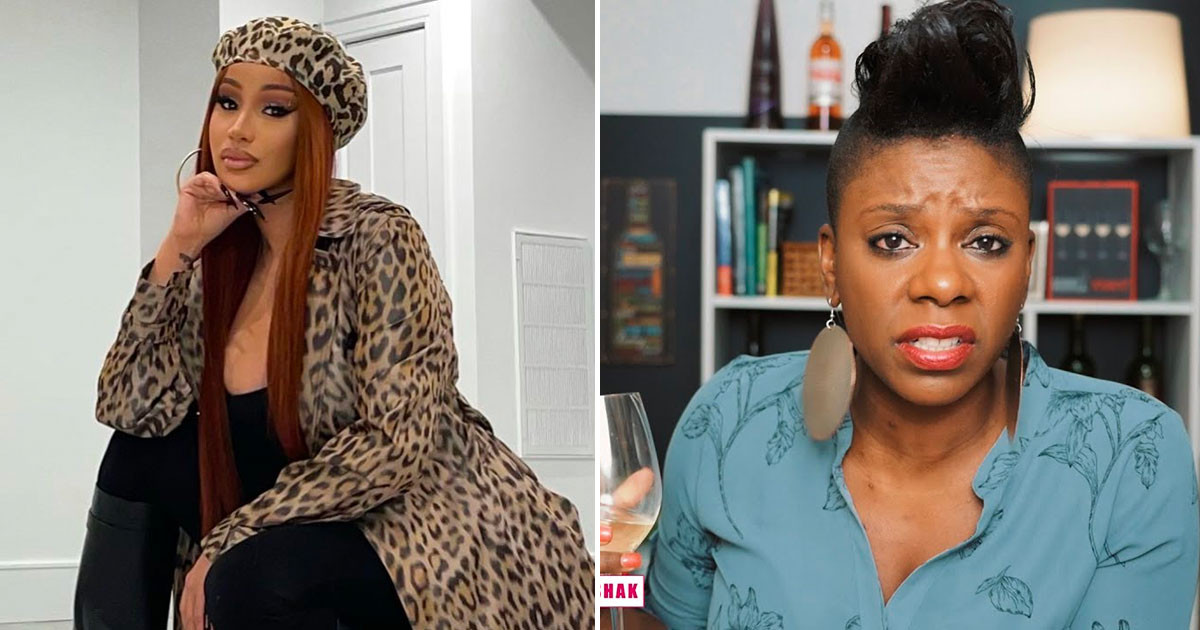 Cardi B has spoken up after being awarded additional $3M against gossip blogger/YouTuber Tasha Kebe, a.k.a. Tasha K.

The Grammy-winning rapper was awarded the money in punitive damages and attorneys’ fees in her lawsuit on Tuesday January 25.

Jurors ruled that Kebe is responsible for $1 million in punitive damages, Variety reports. Her company Kebe Studios LLC was ordered to pay an additional $500,000. Kebe will also have to reimburse Cardi for the rapper’s legal costs, which add up to $1,338,753.47.

This is in addition to the $1.25 million Kebe was ordered to pay the Hustlers star on Monday January 24, bringing the total to more than $4 million.

Variety reported that Kebe’s attorney Sadeer Sabbak said they “disagree with the verdict” and “will be filing an appeal.”

Reacting to the judgement in a statement made available to news outlets, Cardi B said;

“After almost four years of repeated libel and slander against me, being able to walk away from this victorious brings me great happiness. I appreciate Judge Ray for conducting a fair and impartial trial.

“I am grateful for the jury and their careful deliberation over the past two weeks. I am profoundly grateful for the hard work and support from my legal team. Most importantly, thank you to my family and close friends who held my hand and helped me get the support I needed during this experience.”

Seemingly referencing her moment during the trial when she testified that Kebe’s remarks caused her to be “extremely suicidal”, Cardi noted that fans have “learned about the darkest time in my life”. She added that it was “fueled by the vile, disgusting, and completely false narratives that were repeatedly and relentlessly being shared online.”

“I thought I would never be heard or vindicated and I felt completely helpless and vulnerable.

“I have never taken for granted the platform that my fame allows me to have, which is why for over three years I dedicated every resource I had to seek justice.”

Cardi also said she didn’t want “justice” solely for herself, noting that “the intentional harm that was done to me, is done to countless others every day.”

“The only difference between me and the high schooler who is being cyberbullied and lied on by their classmates is the money and resources I have access to,” she added. “We collectively have to say enough is enough. We can no longer be a society that turns a blind eye to blatant lies. The unchecked behavior and provably false content on platforms like YouTube have to be addressed and removed. The constant harassment and lies that are reported as factual from journalists and bloggers have to end.”

She shared that her career was launched on social media, “so I know the power it has,” adding that while social media has forged movements from Black Lives Matter to Stop Asian Hate and Women’s Rights, “we’ve also seen countless stories of children and adults deciding to take their own lives due to cyberbullying and intentional attacks.”

“So while I am very grateful that this trial has come to its conclusion and the jury has rendered a powerful and substantial message, literally–I really hope that my experience forces all of us, but especially the platforms who allow this behavior to be a part of their communities, to re-think what moves us forward as a society versus what cripples us.

“If you’re thinking about suicide, are worried about a friend or loved one, or would like emotional support, please call the National Suicide Prevention Lifeline for help at 1-800-273-TALK.”