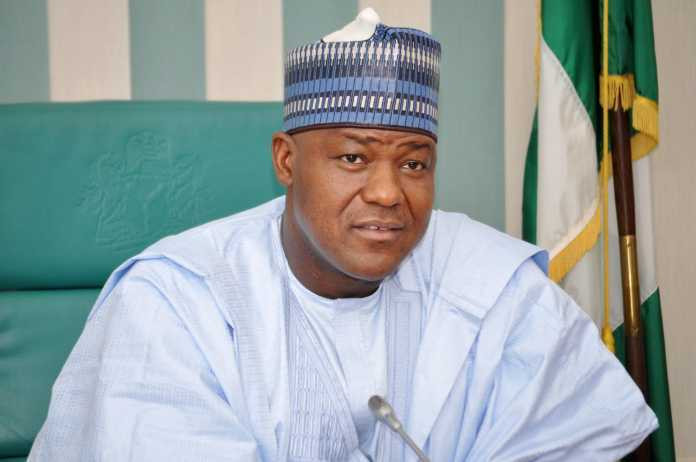 I was never informed of wrongdoing before Bauchi Emirate Council – Former Speaker, Yakubu Dogara reacts to being stripped of his traditional title

Former Speaker of the House of Representatives, Yakubu Dogara has reacted to being stripped of his traditional title by Emir of Bauchi.

Dogara was suspended as Jakadan Bauchi in connection with attacks on the convoys of the Emirs of Bauchi and Dass, Alhaji Rilwanu Adamu and Alhaji Biliyaminu Othman, respectively on December 31, 2021, by hoodlums while on their way to Mwari for the 21st anniversary of the late leader and crusader, Peter Gonto. He was accused of not showing any sympathy after the attack on the Emir.

However in a statement he personally signed, Dogara who represents Dass/Tafawa Balewa/Bogoro Constituency in the House, said despite the purported suspension, he is yet to be served with any letter to that effect.

MY TAKE ON MY PURPORTED SUSPENSION AS JAKADAN BAUCHI

Yesterday, January 24, 2022, the Bauchi Emirate Council purportedly announced my suspension as Jakadan Bauchi. As of today, I am yet to be served with any letter of suspension and more tenuously, I was never informed that there was an allegation of wrongdoing against me pending before the Emirate Council.

Ordinarily, I wouldn’t join issues with the Emirate Council because of the respect I have for both His Royal Highness and the Emirate Council. But because there is a ludicrous and legally inchoate criminal complaint filed against me and others by the Governor of Bauchi State and his money bag lackey who are at the center of it all, I have decided to state my own side of the story as several well-wishers and even the press have inundated me with a request to respond to events of yesterday so that I am not convicted in the court of public opinion.

Firstly, on close examination, I noticed that the letter of suspension as seen on social media is not contained in the real letterhead of the Bauchi Emirate Council. That speaks volumes. More so, the reason for the suspension, if true, was that my “name was mentioned,” which clearly is hearsay. Bauchi Emirate is one of the oldest in the country and I doubt they would take a decision based on hearsay, especially when I am available and can be invited to appear before the Emirate council to face any allegations of wrongdoing against me. This, if true, is no doubt a violation of my constitutionally guaranteed right to a fair hearing.  It is additionally alleged in the letter under reference that I didn’t sympathise with the two Emirs over the unfortunate incident involving them, which is totally untrue. I, therefore, reproduce below the message I sent to the two Emirs in the aftermath of the incident for all to see:

I wish to write and extend my sympathies to you over the unfortunate incident involving your entourage while making your way from Bauchi to Bogoro earlier today. It is a huge embarrassment to all of us in my Constituency and the entire State which I totally condemn and disavow.

It is worth noting that I would have loved to personally visit to extend my apologies on behalf of my constituents but I know that such a visit would be misconstrued as was the case in the past when the gates of some palaces were shut anytime I visited as Speaker.

It is pointless to emphasise that the incident was totally avoidable as I had already requested the security agencies to obtain security guarantees from the organisers of the event failing which they should advise them to postpone the event in the interest of peace. It was therefore mindless  in the first place, for anyone to have encouraged you to put yourself in harms way, especially when it was obvious that security breach was more probable than likely granted the tension generated by the recklessness of those who were supposed to show leadership.”

This message is sent through a proxy for obvious reasons.

Thankfully, I have witnesses that this message were delivered and acknowledged.

It was also said in the letter under reference that I did not show remorse over the incident. As we all know, remorse comes as a consequence of guilt. The Emirate council cannot convict me over hearsay, without investigation and without inviting me to face any allegations against me. I maintain a clear conscience before God that I have nothing to do with any mayhem in Zaar land, not least the incident involving the two Emirs as I had no inkling whatsoever that they would be attending an event that was already marred by crisis before it began.

I make bold to say, without any equivocation, that I did not know the Emirs have been invited to attend the event and even if invited, that they would indeed attend because none of the two Emirs is accustomed to attending any such event in Zaar land. Therefore, how could I have been responsible for any incident involving them? Those  who should show remorse are those who insisted on going on with the event and unconstitutionally flooded the area with soldiers whose actions led to the breakdown of law and order in the area.

Even if it turns out to be true that the Emirate council did what they must do, it would be no surprise to keen watchers of events in Bauchi State. I am aware that both His Royal Highness and members of the Council have been under tremendous pressure from the Bauchi State Government to withdraw the traditional title conferred on me for quite some time now. It is all part of a smear campaign to portray me as insensitive and convict me in the court of public opinion  for the political gains of some desperate characters.

The phrase; “Goje uban Kaura” torments the Governor and rents his sleep. Since I dropped like a bag of weed, in order to get at me, he procured the services of a money bag lackey in Zaar land who is also a victim of the same delusions of grandeur about destroying my political career as if they, not God, made me who I am. It’s a pity that they have failed to learn the hard lessons from others who have tried doing so before them. It is more tragic for them to imagine that they cannot see what others before them saw by doing what they did. Is there any wise person out there who believes that he can unmake what God has made?

For their sadistic entertainment, the Governor had before now illegally revoked two titles to my land just as he did to my colleague and namesake, Hon Yakubu Shehu Abdullahi  and  a former Governor of the State who also doubles as his mentor and benefactor. Suspension of traditional titles of political opponents at the behest of the Governor has become routine now. Before mine came, our father, the Wazirin Bauchi, had been suspended. Likewise, my comrade in the APC, the Wakilin Birni, had been also been suspended. The Emir of Misau was also suspended by the Governor. The question is who is next? This has become the brand of infantile politics of the kleptocracy in Bauchi State. We are not only witnessing the brazen decimation of our State resources, of which hard evidence abounds, but our revered traditional Institutions and culture.

Thankfully, for any Pharaoh there would be a Moses and I am happy to be one of the Moses in Bauchi who will content with this Pharaoh until the reproach that has become our lot is lifted. This mission cannot be deterred or delayed by all the shenanigans of this modern Pharaoh and all his puppets. Therefore, I rejoiceth as a strong man to run this race. We must not only take back our state from these maniacs but also our traditional institutions so that our people may run to them to obtain justice in times of need as was always the case.

In respect of the event in question, for two solid days leading to the event, there were demonstrations in Tafawa Balewa town. On the eve of the event, women came out in their numbers in exercise of their constitutional  rights to peacefully protest against the hosting of the event but

As a leader and elected member representing the area in the National Assembly, I had cleared my conscience by fulfilling my constitutional duty when I  alerted security agencies of the undercurrents that may lead to breakdown of law and order if the event is allowed to go on without some guarantees from the organisers of the event that it would proceed peacefully.  But since the State Governor and a money bag were the organisers, the spirit of mammon was let loosed, which blinded every operator.

Otherwise how could anyone have ignored the intelligence freely given by someone who has represented the area for about a decade and half? Not only that, they still ignored all the red flags of pre-event protests event after violence had ensued. How can any reasonable person turn around to put the blame of the direct consequences of the unconstitutional actions of the State Governor and a money bag who went to war with their own people in order to host an event; if not politics? No leader anywhere could have done what they did, not least in a democracy whose culture is consensus and compromise which was what I called for but which regrettably all of them crudely ignored. The million Naira question is between me who alerted the security agencies of the threats posed by the event and those who ignored all the red flags, who showed poor judgment and pathetic leadership?

I am happy to confront anyone in court over the rubbish filed against me and my brothers as criminal complaint. As a lawyer, I am yet to see a criminal complaint filed against anyone without the proof of evidence. No wonder they have been unable to serve the rubbish on anyone. Why are they so inept in concocting even a proof of evidence but so alive when it comes to lying, stealing and deploying public funds? I had always seen practice of dictators to charge political opponents with treason and unfortunately, the mini Pharaohs in Bauchi have fallen into that rap but thanks be to God, the Red Sea stands between us.

Very soon,  the whole of Bauchi and indeed Zaar land shall sing ; “the horse and its rider He hath thrown into the sea!”

Speaker of the 8th Assembly.

Are you a man or a slaymama?- BBNaija star, Nina, tackles men who engage others on social media comment sections